Last visited: 10 January 2018
Location: Weinbergsweg 4, 10119 Berlin
Verdict: I won't be going back here, I assume their other dishes are sloppy. I wouldn't recommend it to friends. I won't take my parents.

Located at the foot of Weinbergsweg, around the corner from Rosenthaler Platz, they serve a pretty bad bowl of ramen noodles.

I can’t speak for their sushi, but don’t go here for ramen.

I’m generally suspicious of restaurants in Prenzlauer Berg, considering the mostly non-discriminating palates of the residents there. Germans generally have no idea what things are supposed to taste like, hence the undeserved longevity of many mediocre and terrible restaurants in Berlin.

(Hint: Pan-Asian and Indian restaurants with super long and generic menus don’t really do much for your food culture.)

Anyways, ordered a bowl of tonkatsu ramen, which should be pretty porky and have a good layering of fat in the broth. And the broth itself usually takes on a more white/grayish tone, from the pork, pork bones, and released gelatine.

(Korean cuisine has a type of bone soup called Gomtang that takes on a similar appearance due to the long boiling of beef bones.)

Basically, what I received mostly looked and tasted like miso paste: thick, salty, and without any nuance.

I suppose that might work if you just wanted a miso ramen.

But beyond that, I found that the toppings were lukewarm and uninspired, the chāshū roasted pork wasn’t all that special.

And if I remember right, the benishoga that they put on the ramen noodles was just the same ginger you find on the side of sushi. Which is, putting it mildly, insane. But then I haven’t seen fresh benishoga in Berlin for years. I think they had it at Cocolo Ramen years ago, but have gotten rid of it since.

Here’s the rundown, in pictures: 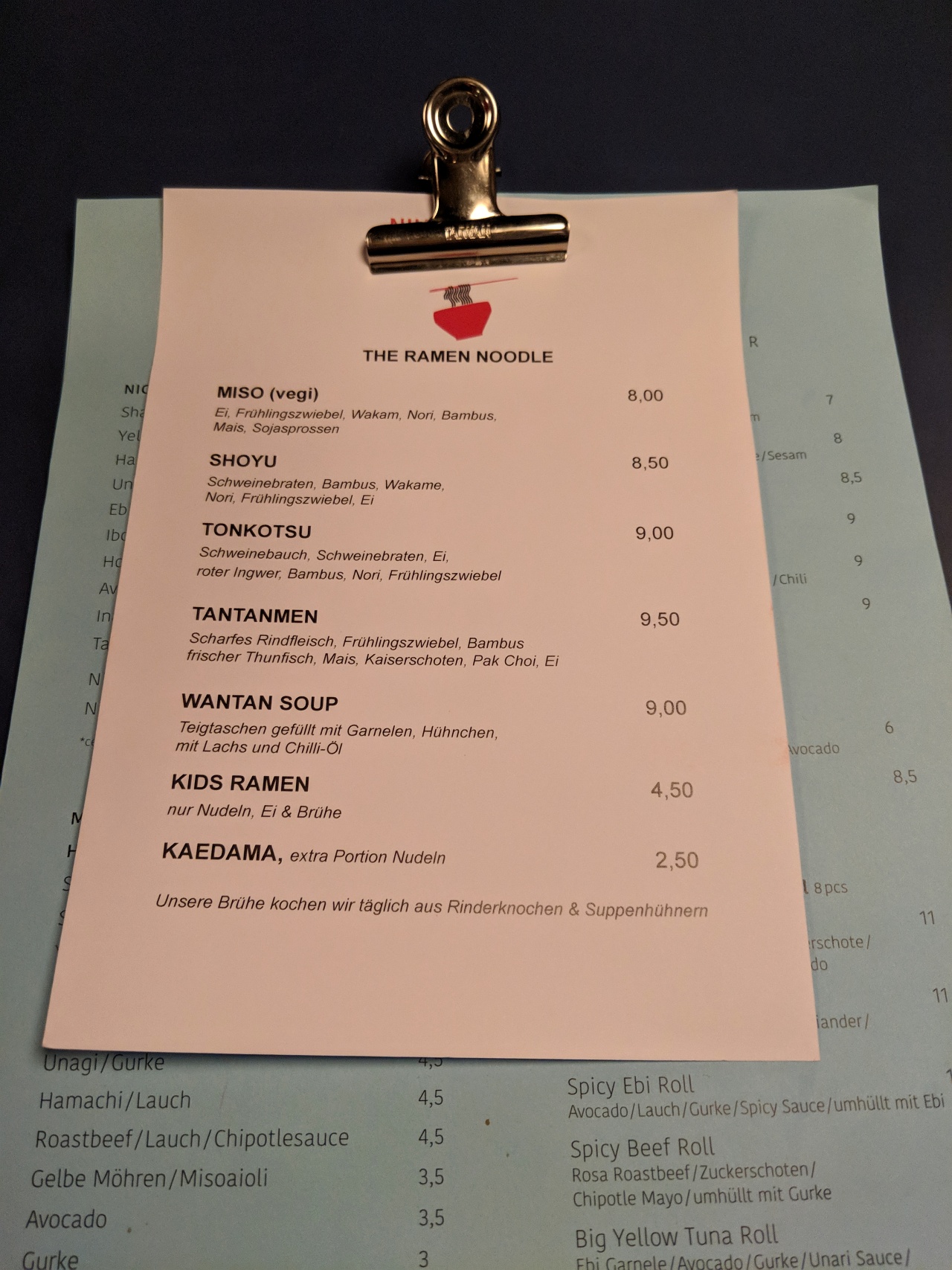 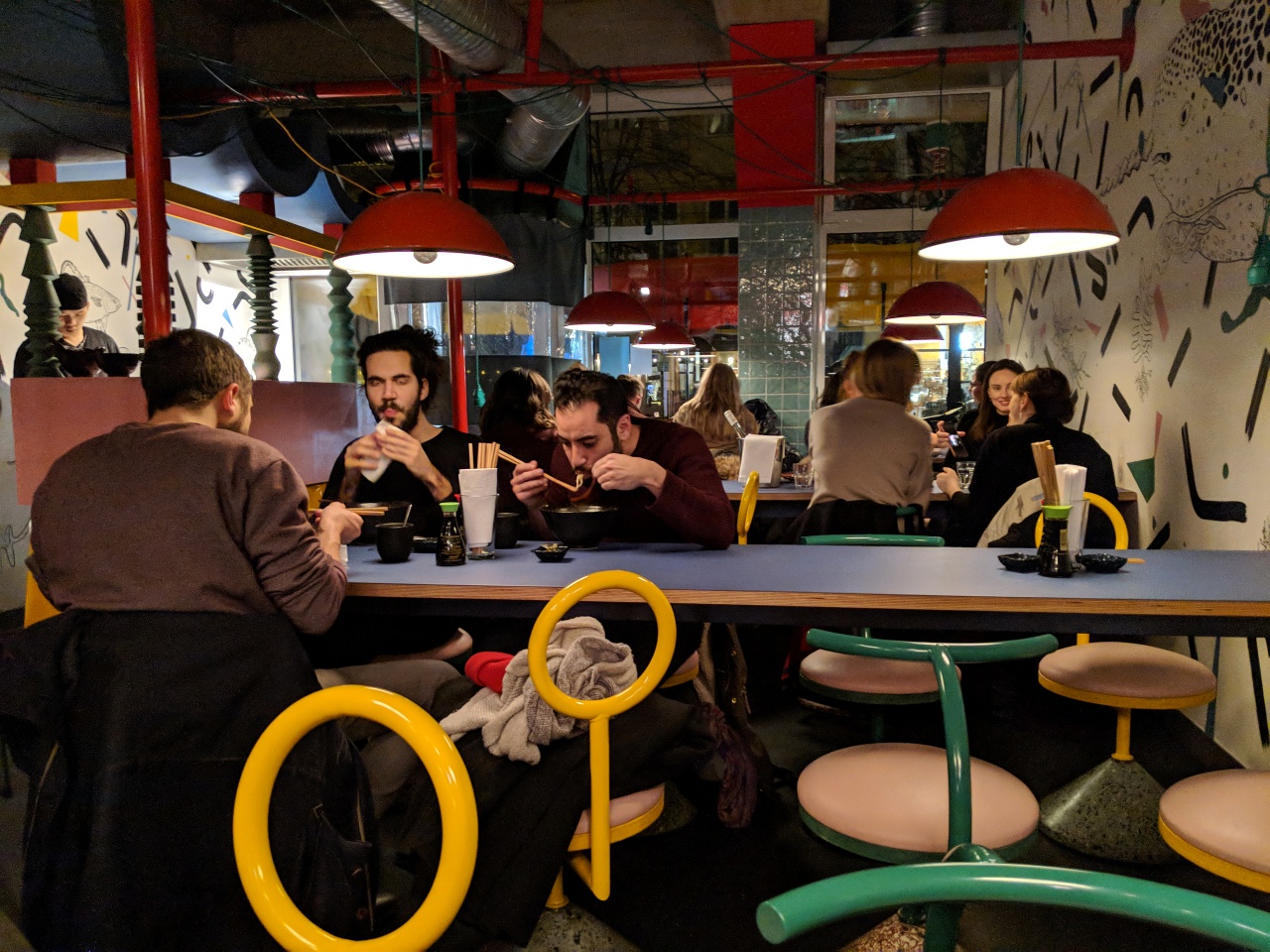 Interior of Nihonbashi, I think I was the only Asian in there who wasn’t on staff. 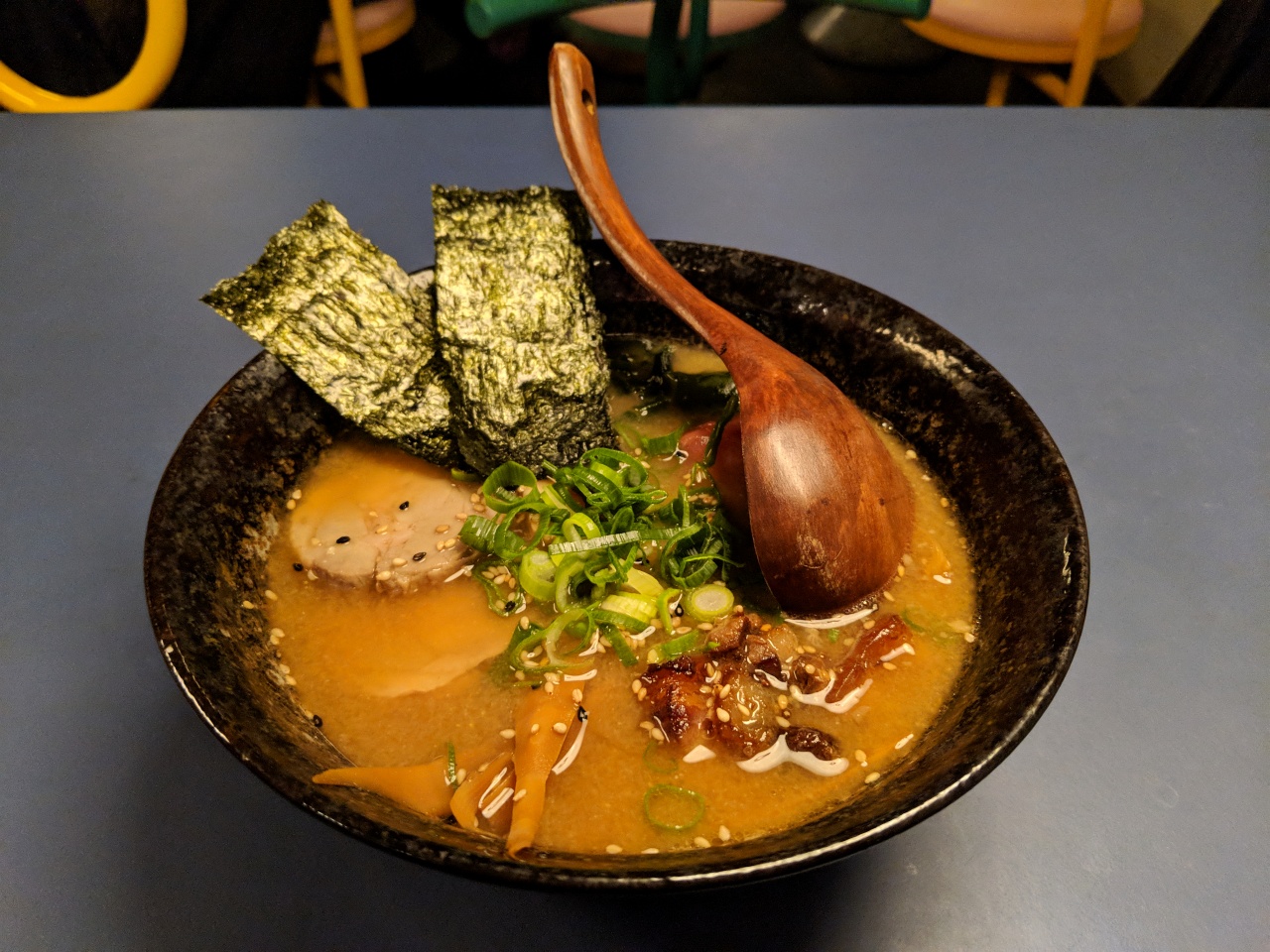 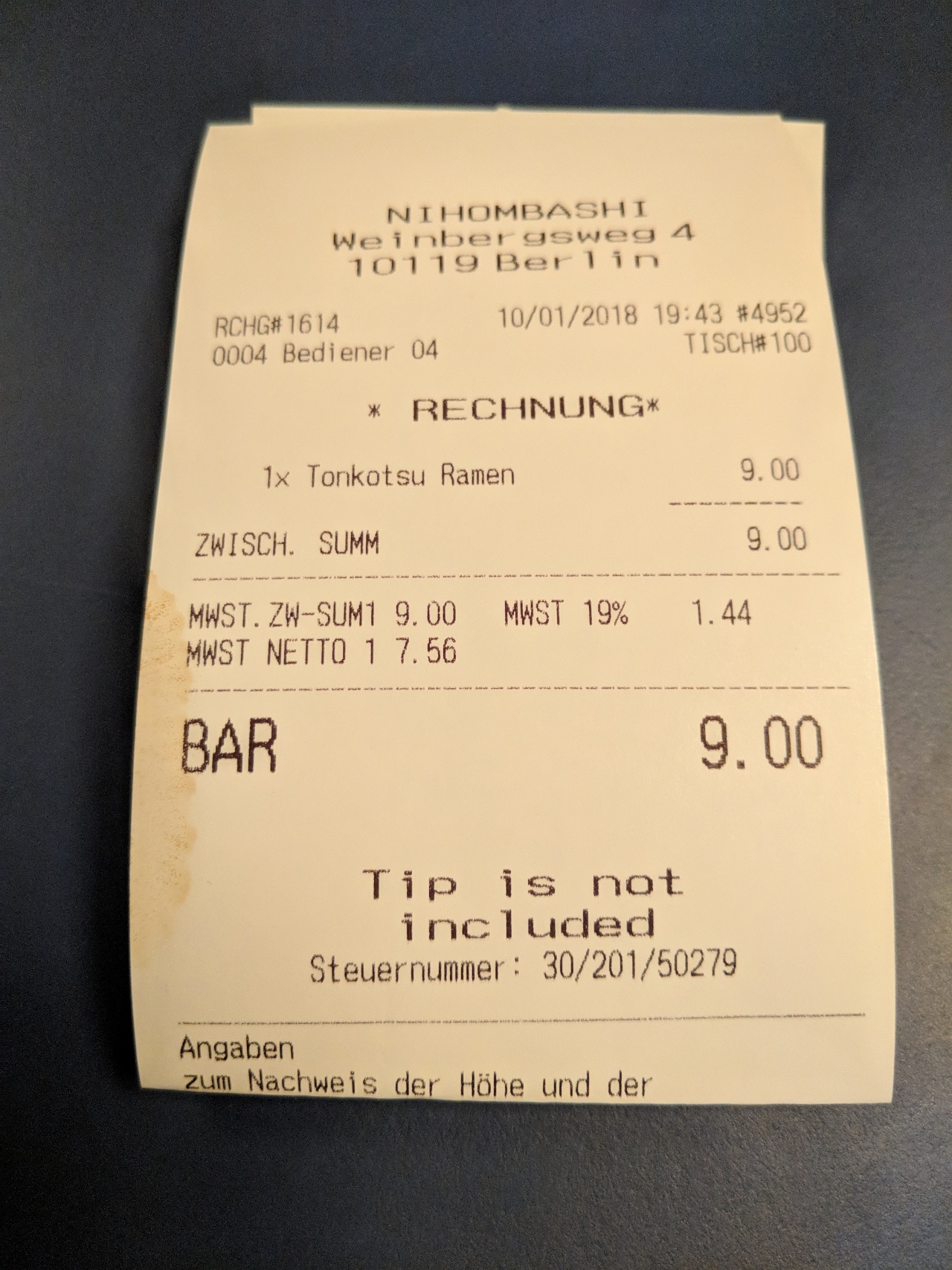 Thankfully it didn’t cost me that much. Unfortunately, it filled me up.