Last visited: 17 February 2018
Location: Gabriel-Max-Straße 2, 10245 Berlin
Verdict: Not sure about this one. Hako Ramen around the corner is better. Would recommend friends to try it. Would take my parents to Cocolo or Hako Ramen.

Here’s the thing. The bowl of tonkotsu ramen I ordered had this oddly fishy flavor to it, as though they also added bonito flakes to the stock. At least, that was the flavor that I pinned it down to. It threw me off a bit.

Otherwise, it was a decent bowl, with very rich and deep fat flavor, good noodles with proper chewiness, and good toppings.

Before the noodles, we ordered a few appetizers. Something completely odd came out of the kitchen: cucumbers and miso paste, where the miso paste was just placed on the plate like a blob of peanut butter, to be eaten with the cucumber sticks. Minus points for this one.

This is an insane idea. As anyone who knows miso knows, the stuff is heavily salted and should at the very least be whipped into a dressing before being splashed onto vegetables. And even then, it should be applied conservatively.

The other appetizers were sweet potato croquettes, which weren’t particularly interesting; and last, but not least, karaage, which is Japanese-style fried chicken, which my dinner companions didn’t find all that interesting. I thought it was decent enough, but yes, as far as a wow factor goes, I doubt that karaage would ever make waves as an appetizer.

Anyways, my overall feeling for Ramen x Ramen is that it is decent, but things were slightly off. Like, so close, but no cigar.

For those who are interested in an intro to the different styles of ramen, this is a good read: https://kobikitchen.wordpress.com/2013/05/05/types-of-ramen/.

And, here’s the rundown: 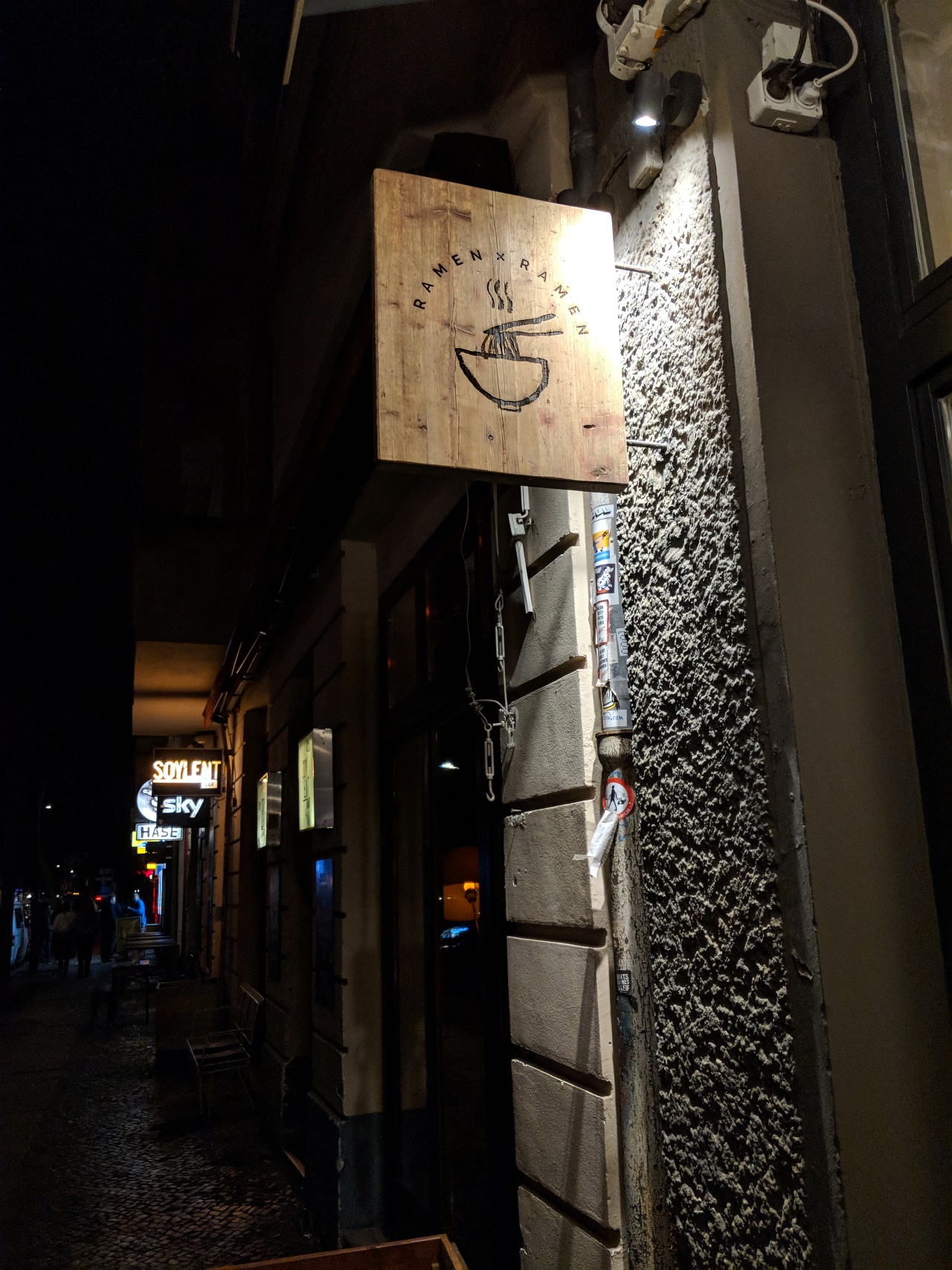 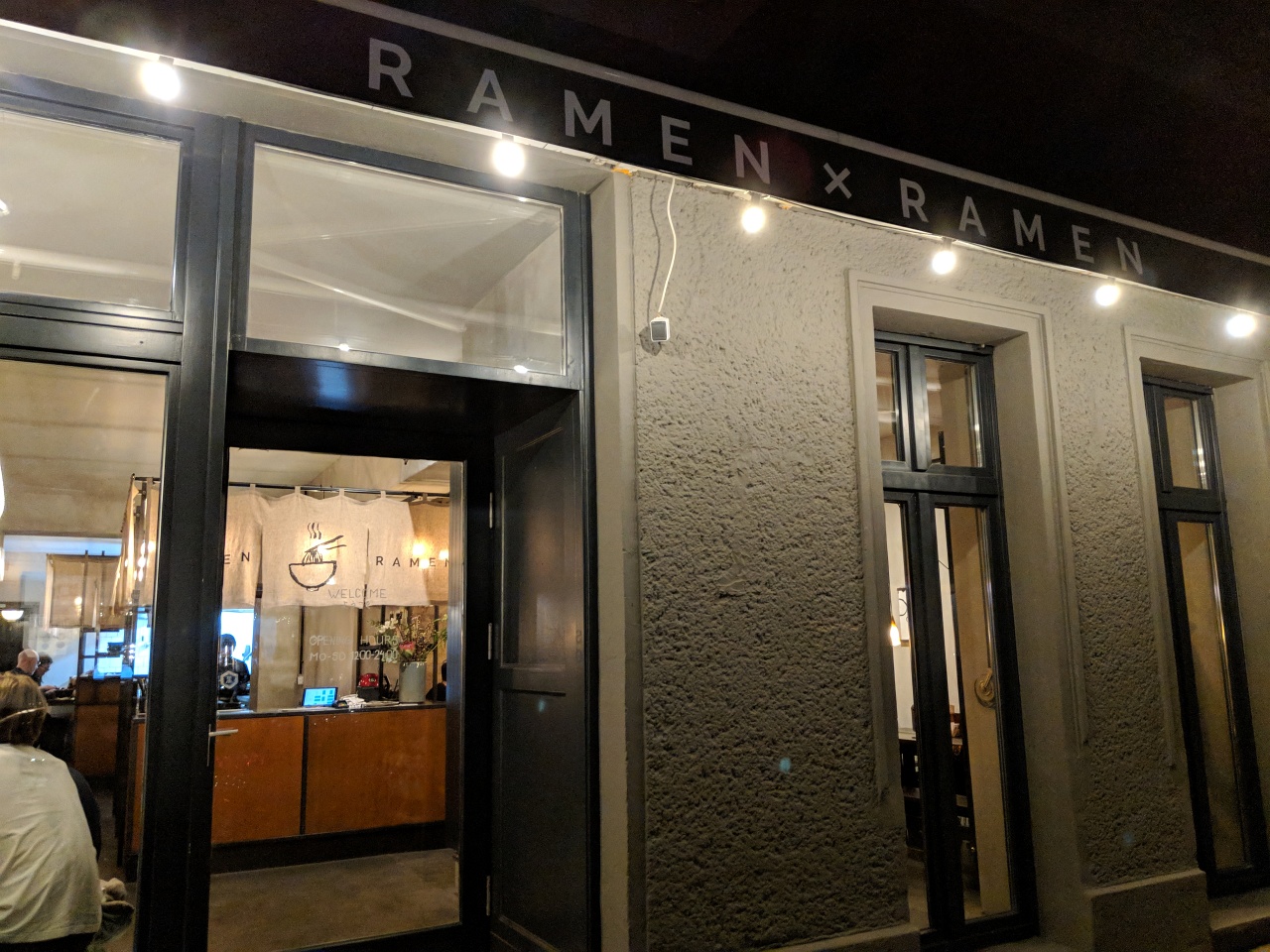 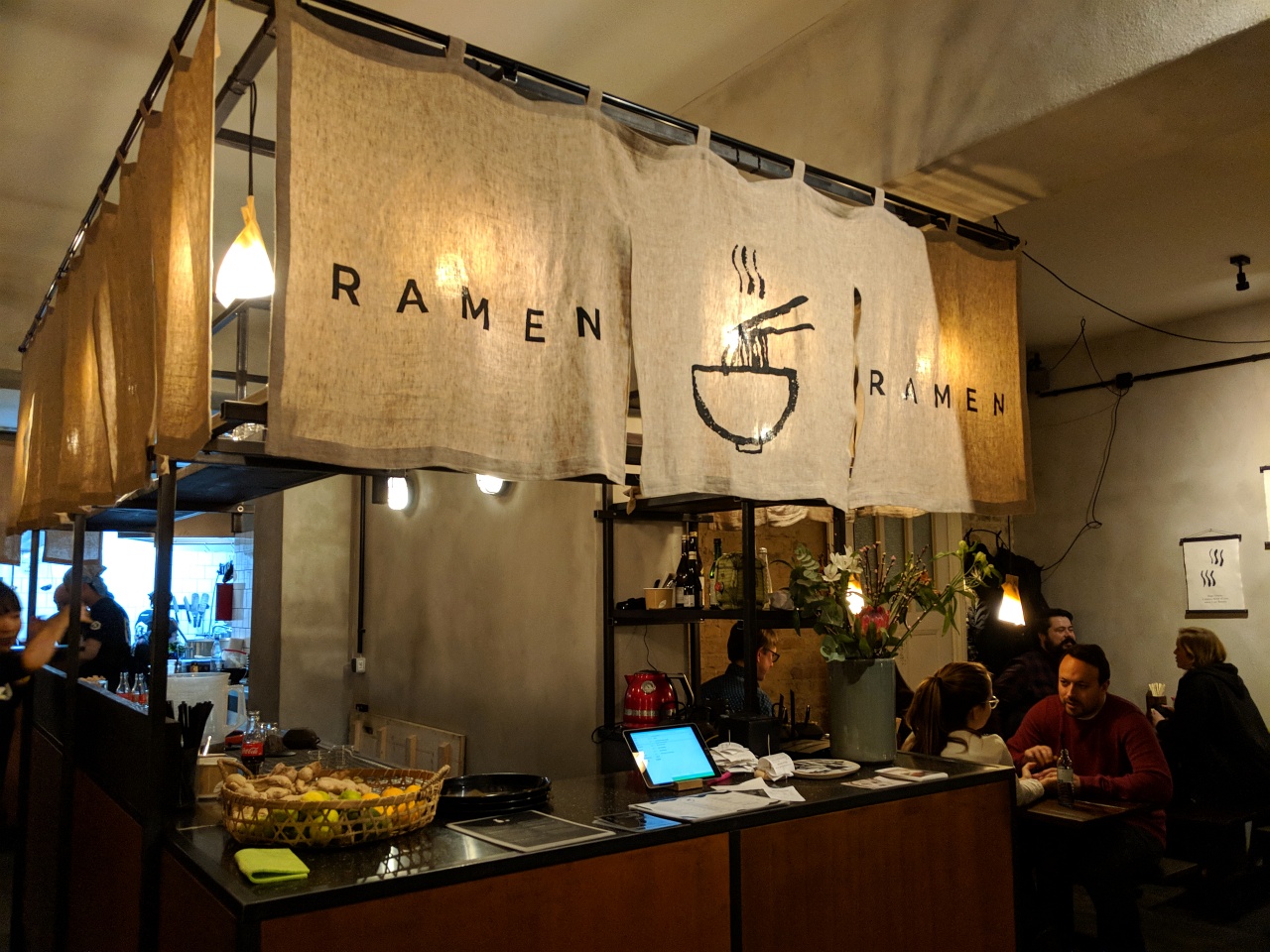 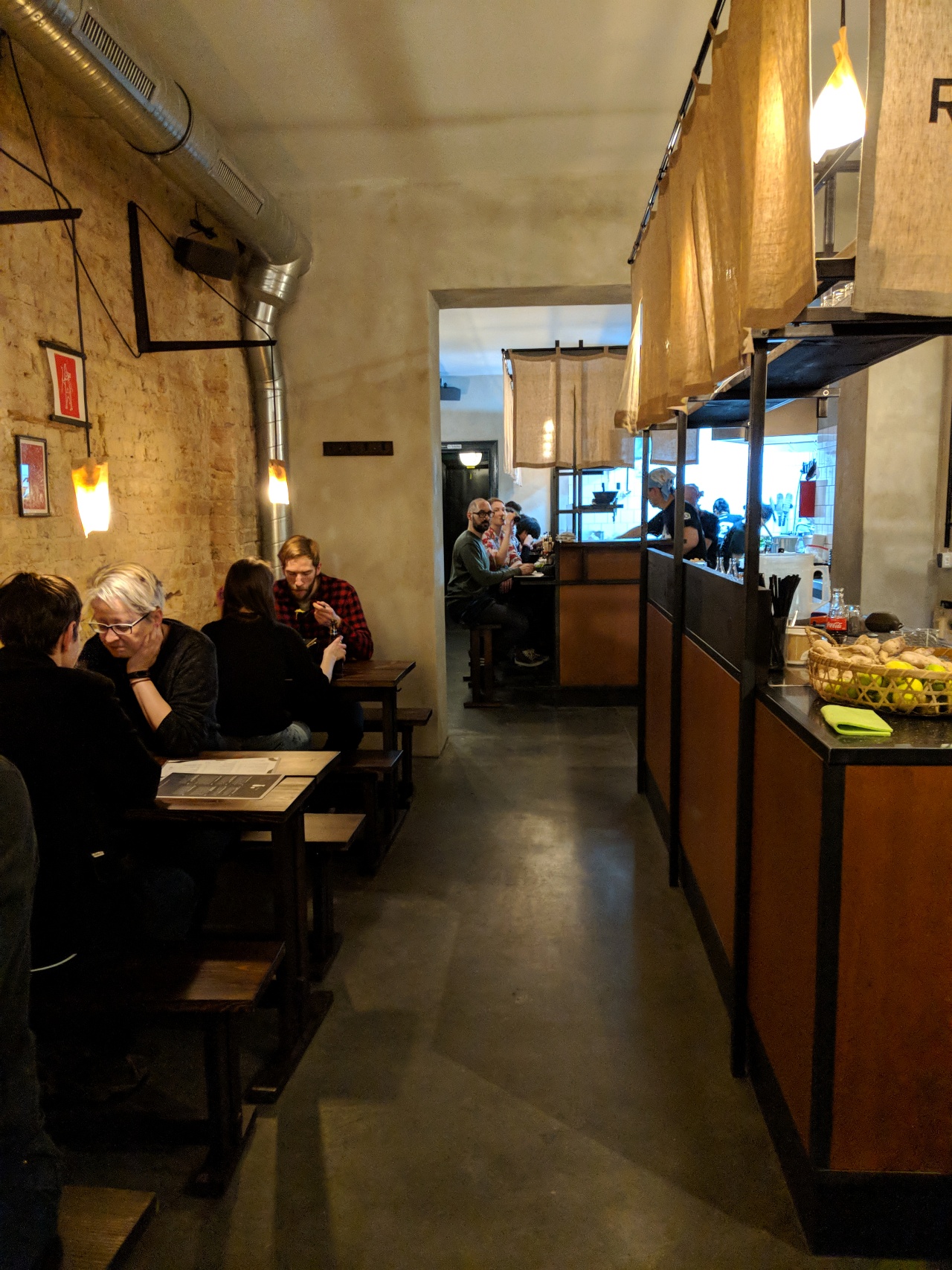 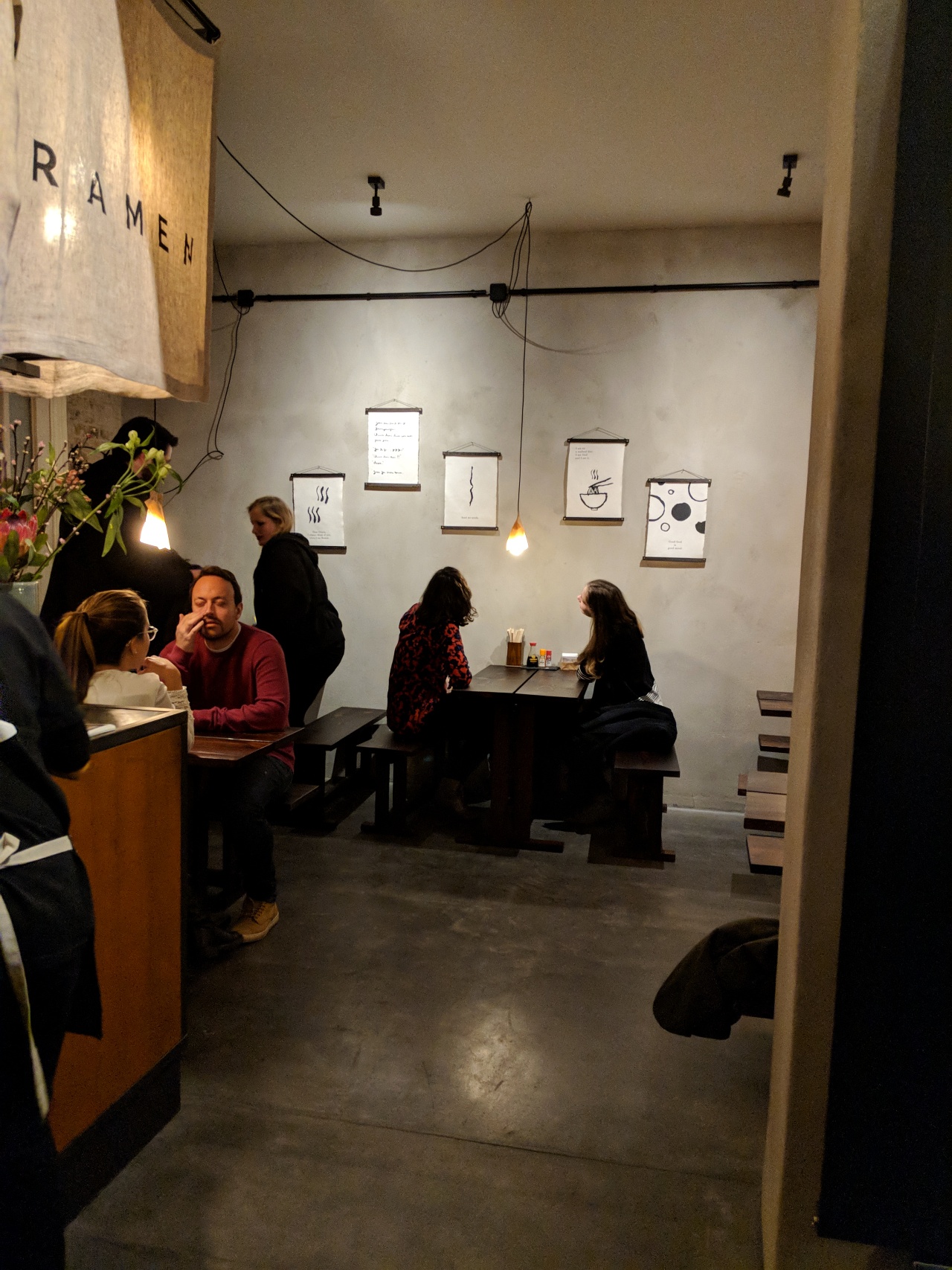 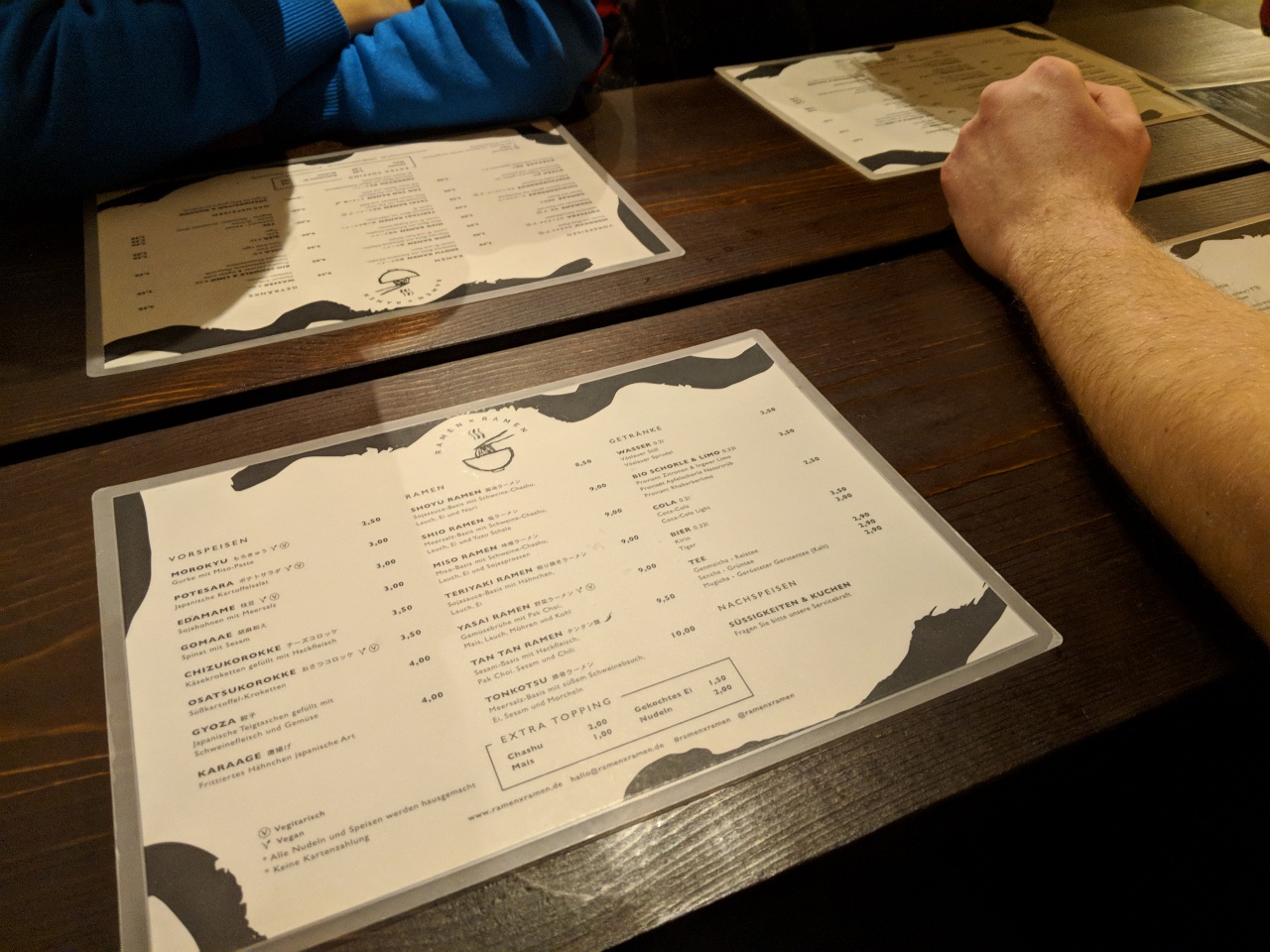 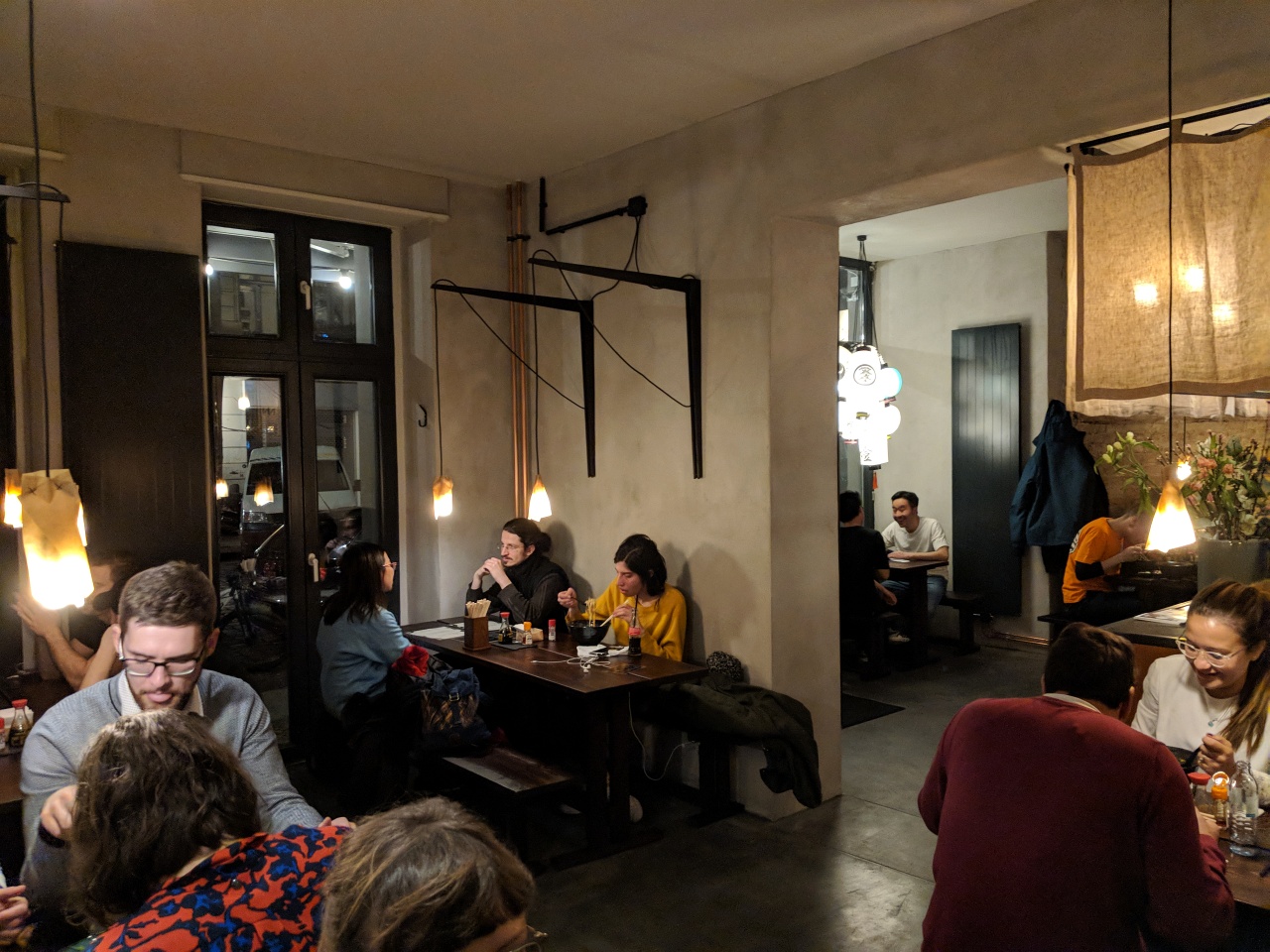 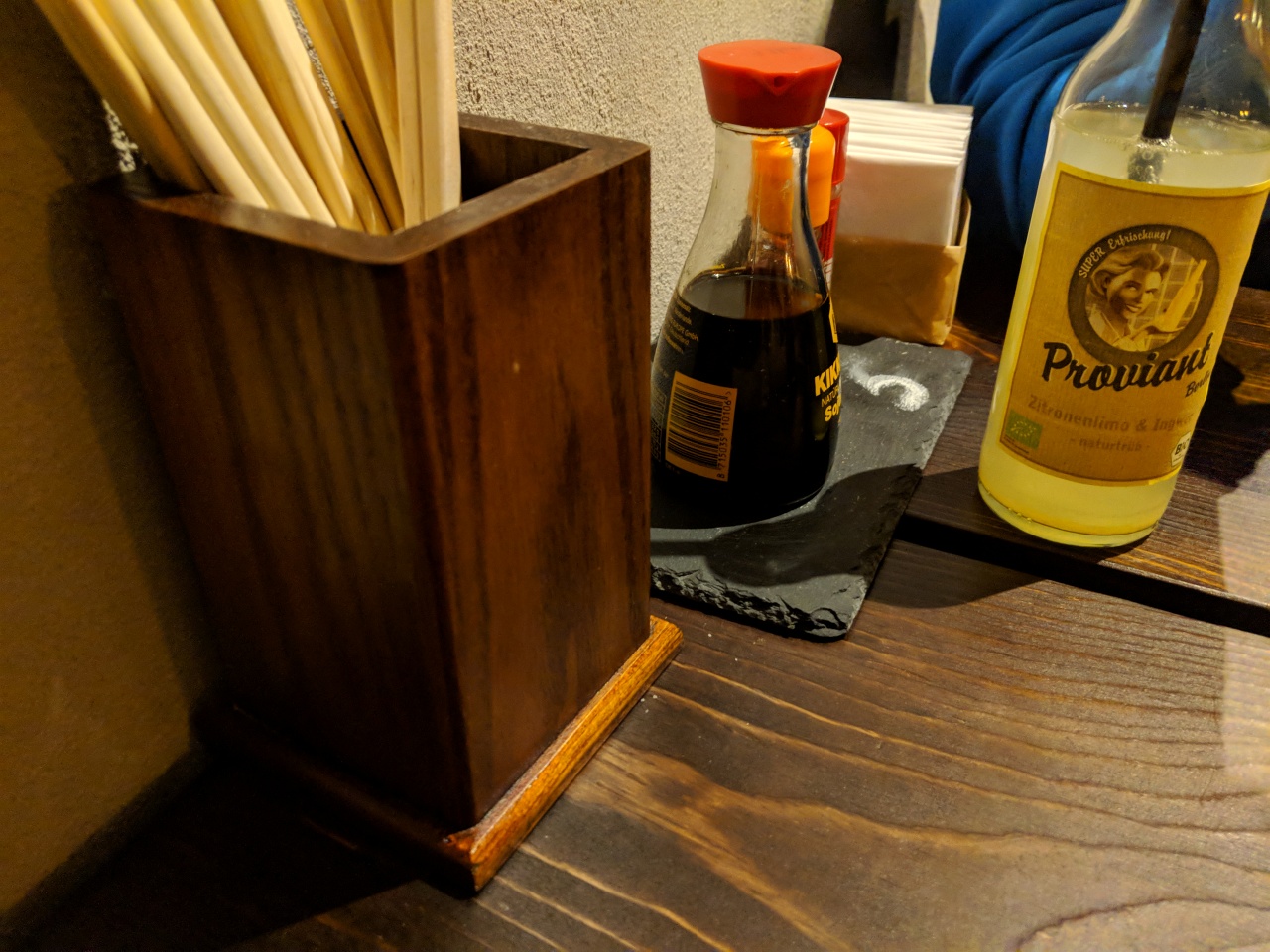 No garlic oil, no chili oil, no sesame shredder. 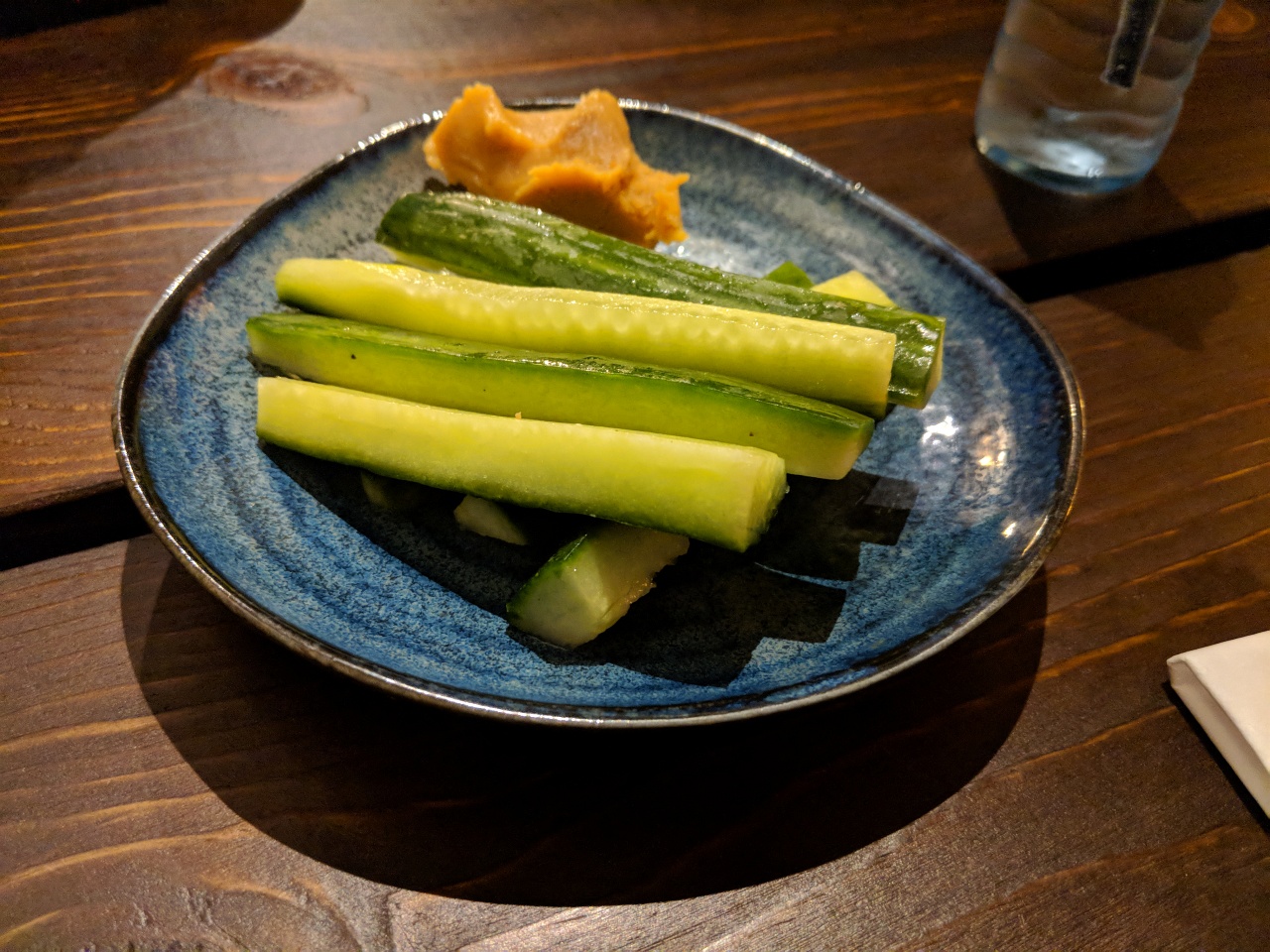 WTF was that? You cannot eat miso like peanut butter, your kidneys will fall right out. 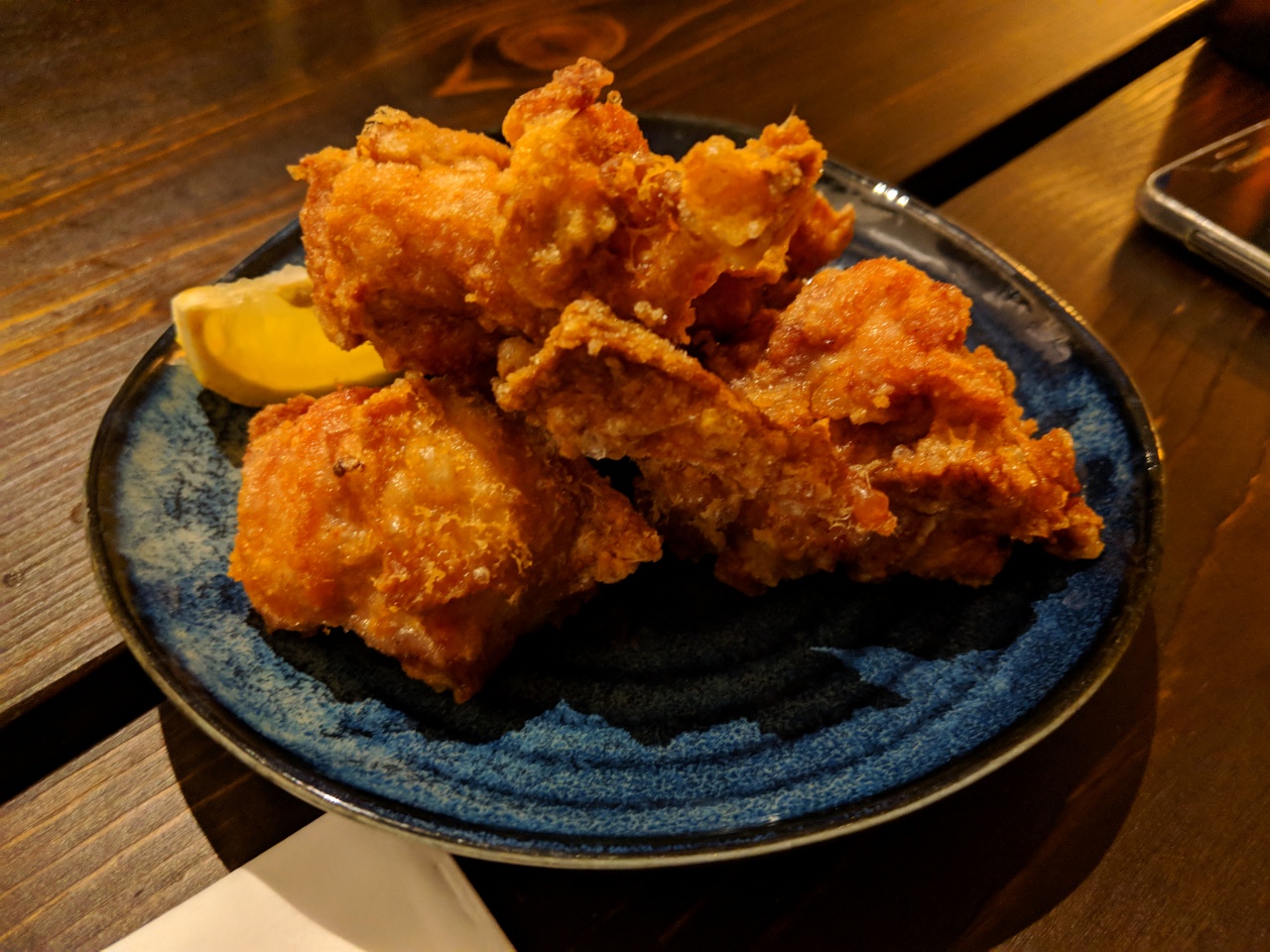 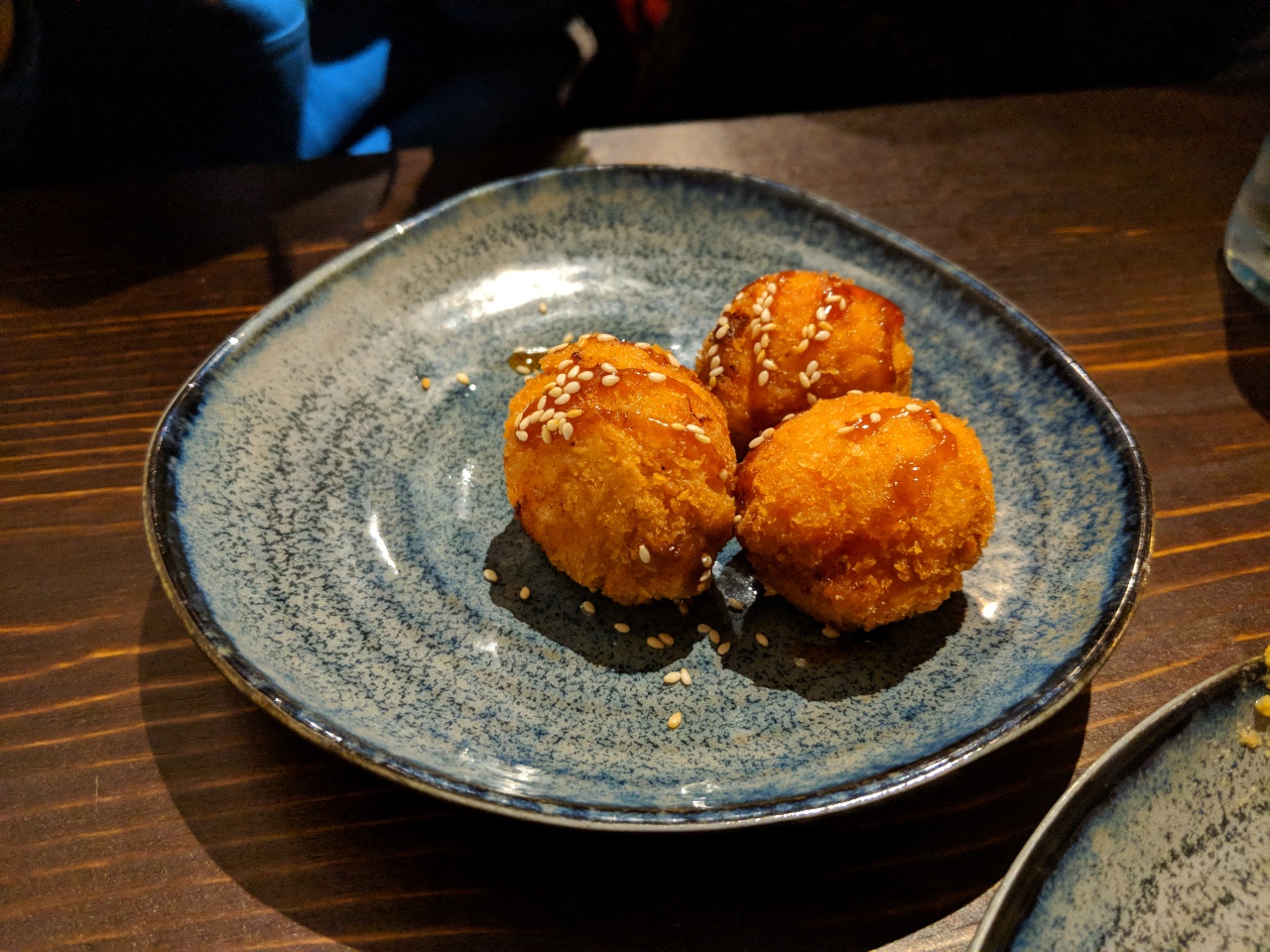 My friend’s reaction was: Meh. 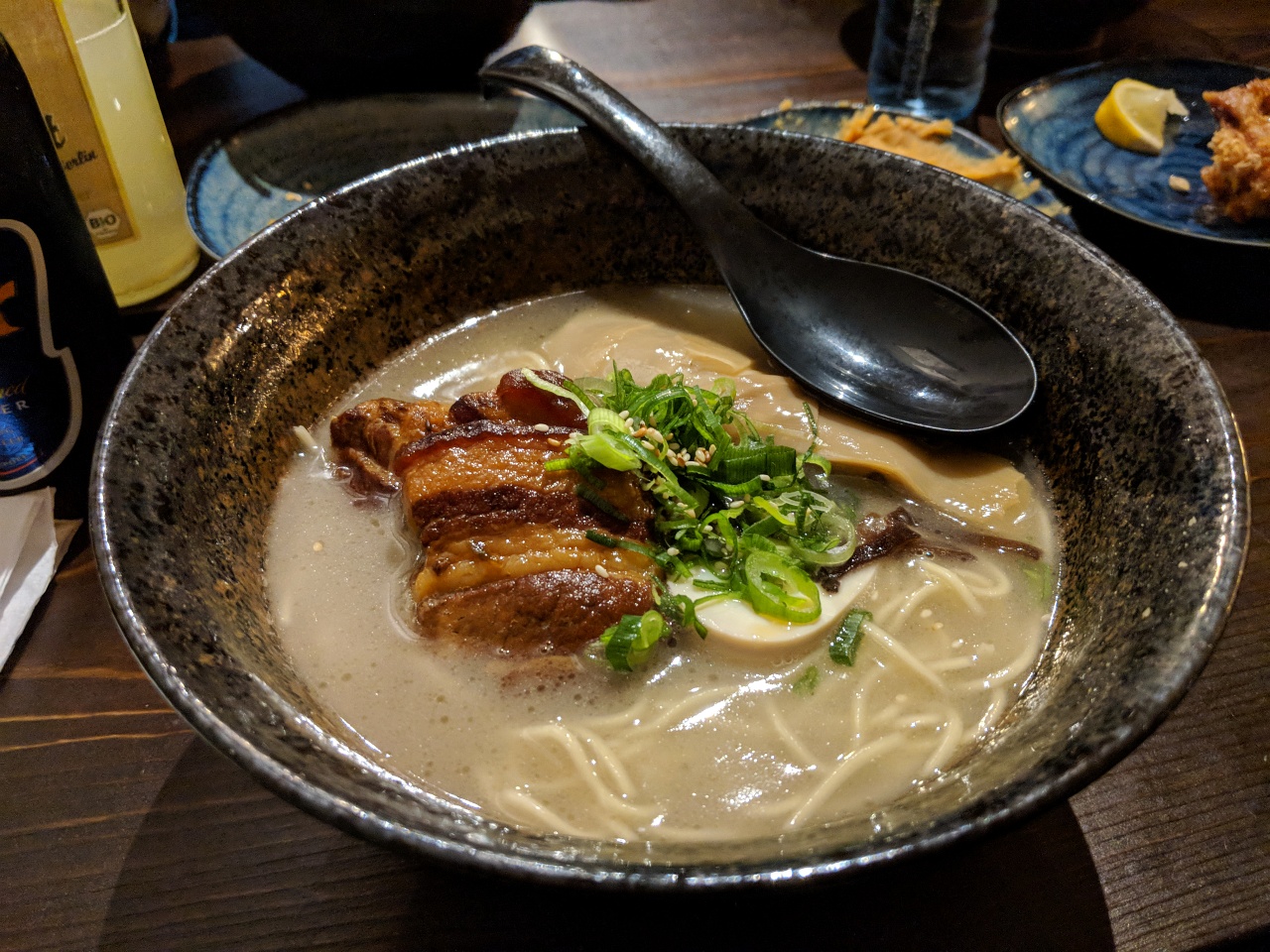 Looks pretty good, had a slightly off flavor. 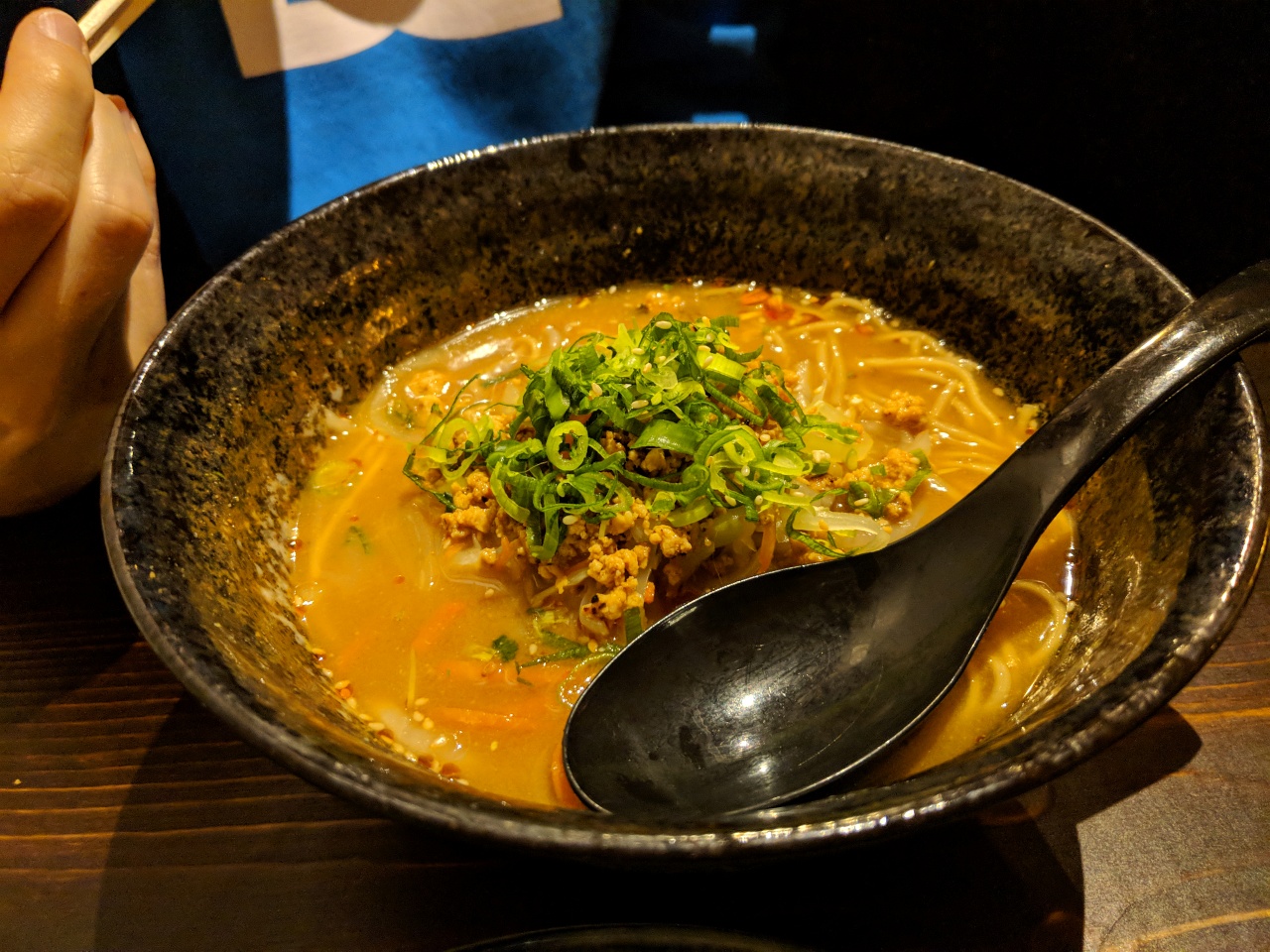 Tantan Ramen, no judgment on this one. 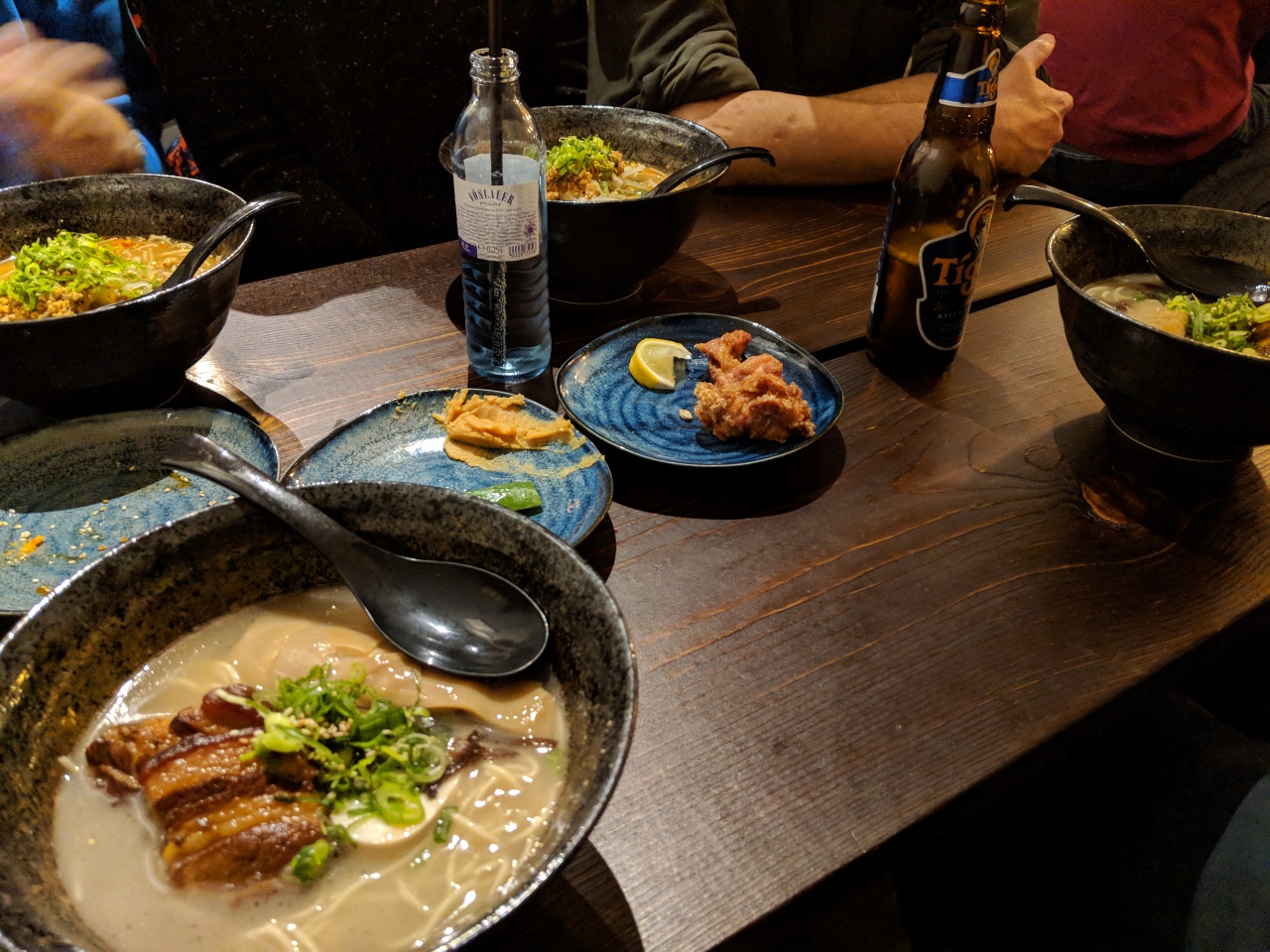