The noodles are fine, but the atmosphere could use some help.

Hako opened up a new location in one of the busy shopping streets in Prenzlauer Berg, displacing a smoky bar called Godot, which for years had occupied that corner. I suppose the landlords wanted to make more money, so they probably upped the rent beyond what a bar could sustain. (i.e. The same reason Cocolo Xberg recently moved locations from Paul-Lincke-Ufer over to Graefestrasse.)

Anyways, I waited for a month or so for the kitchen to settle and the place to start developing a regular cadence before stopping in for the first time with a friend. I’m never sure whether it’s a good idea to go to a newly-opened restaurant right away, but generally figure it’s not. I also assume that the various construction materials are probably still outgassing. 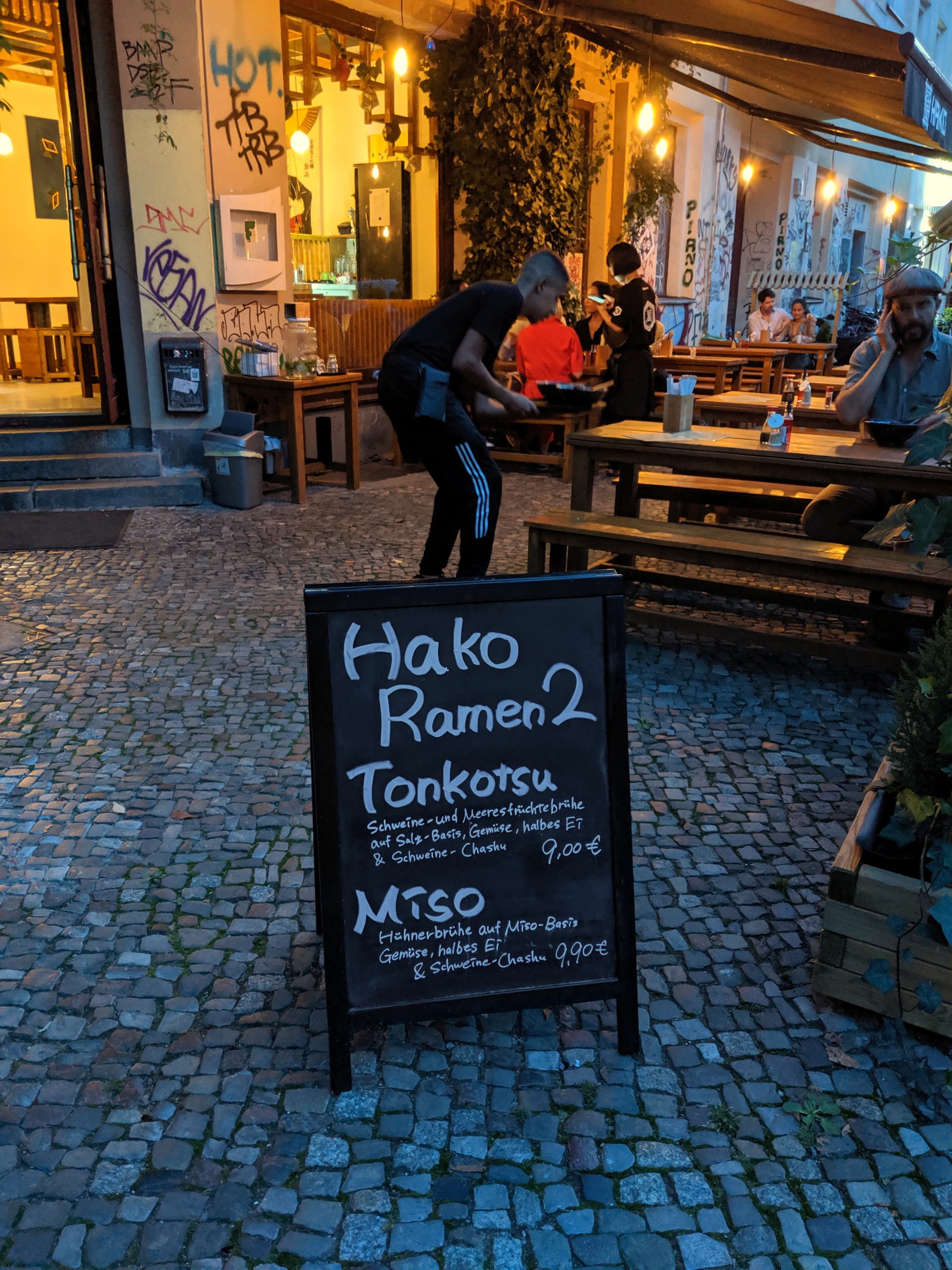 The first thing we noticed was that the location feels less well-run than the Friedrichshain location. When we walked in, no one called "irasshaimase" out to us, which, well, it’s not strictly necessary if you’re not actually in Japan, but it does actually contribute to a welcoming and convivial mood. It’s a small thing you might remember, that other places in Berlin don’t do. 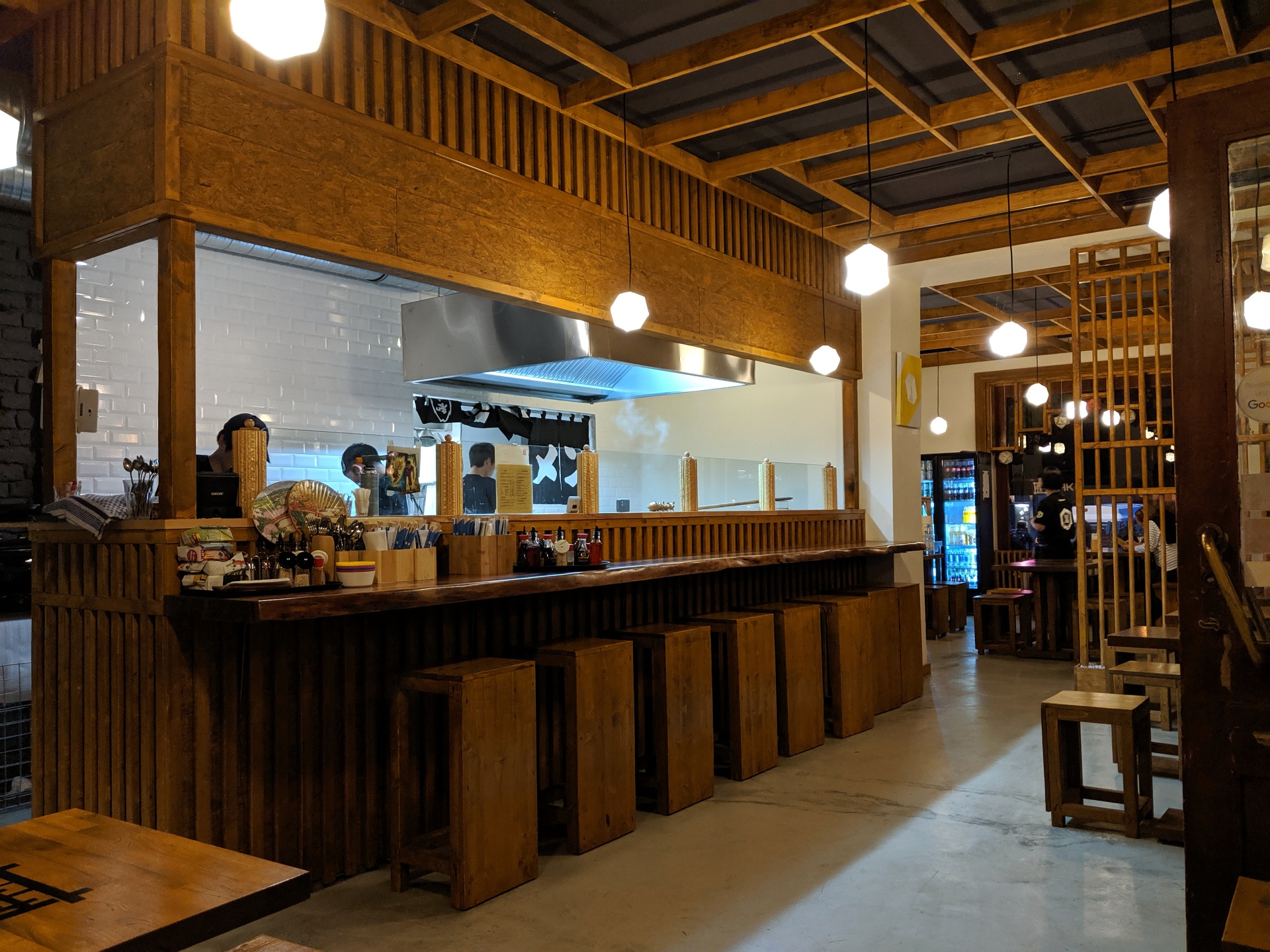 The pile-up of condiments and service items at the noodle bar makes me imagine that no one would ever want to sit there. Perhaps this will change in winter, when the outdoor seating goes away. 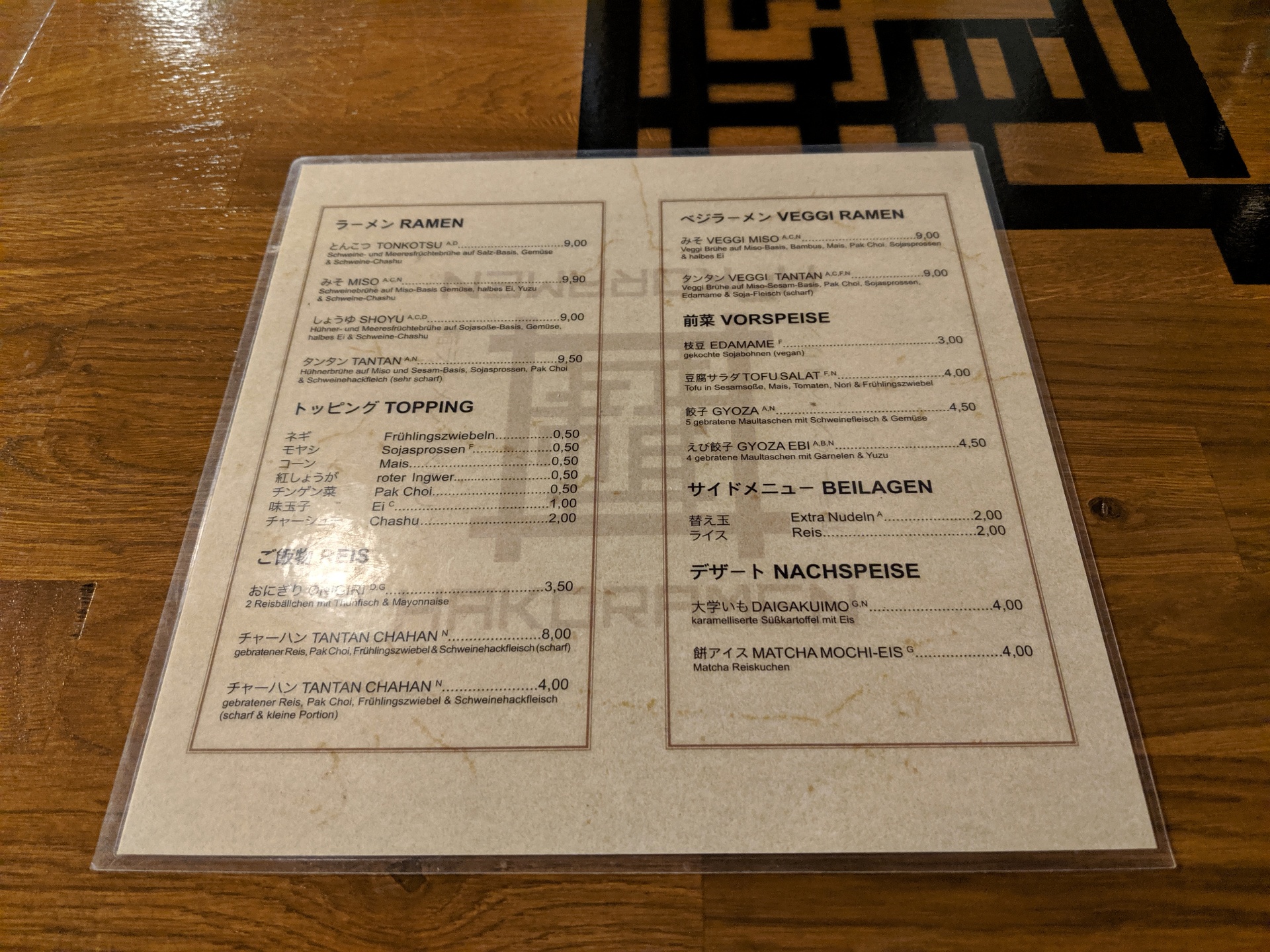 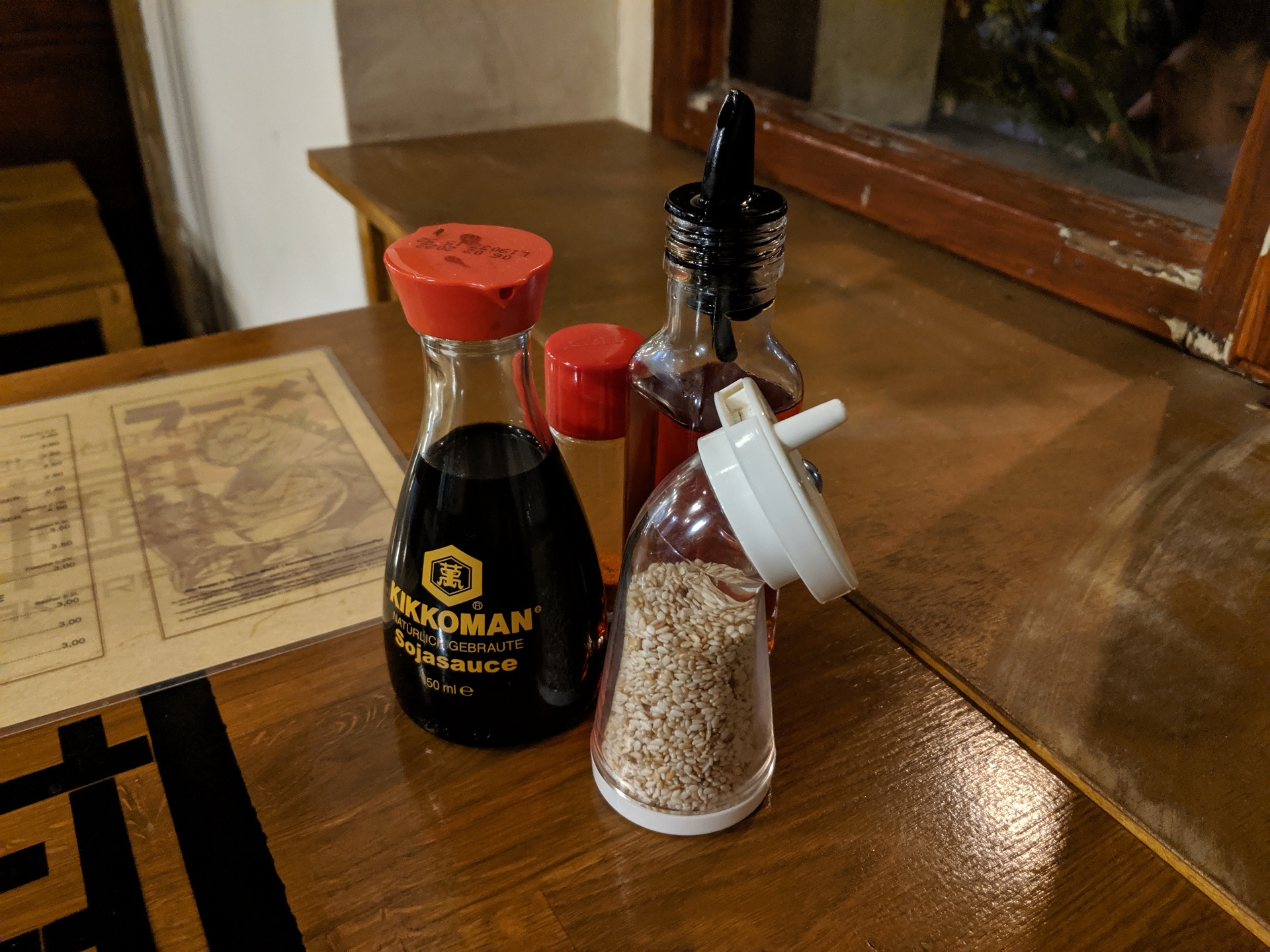 The tonkatsu ramen itself was fine, fatty, delicious, they have the recipe down. 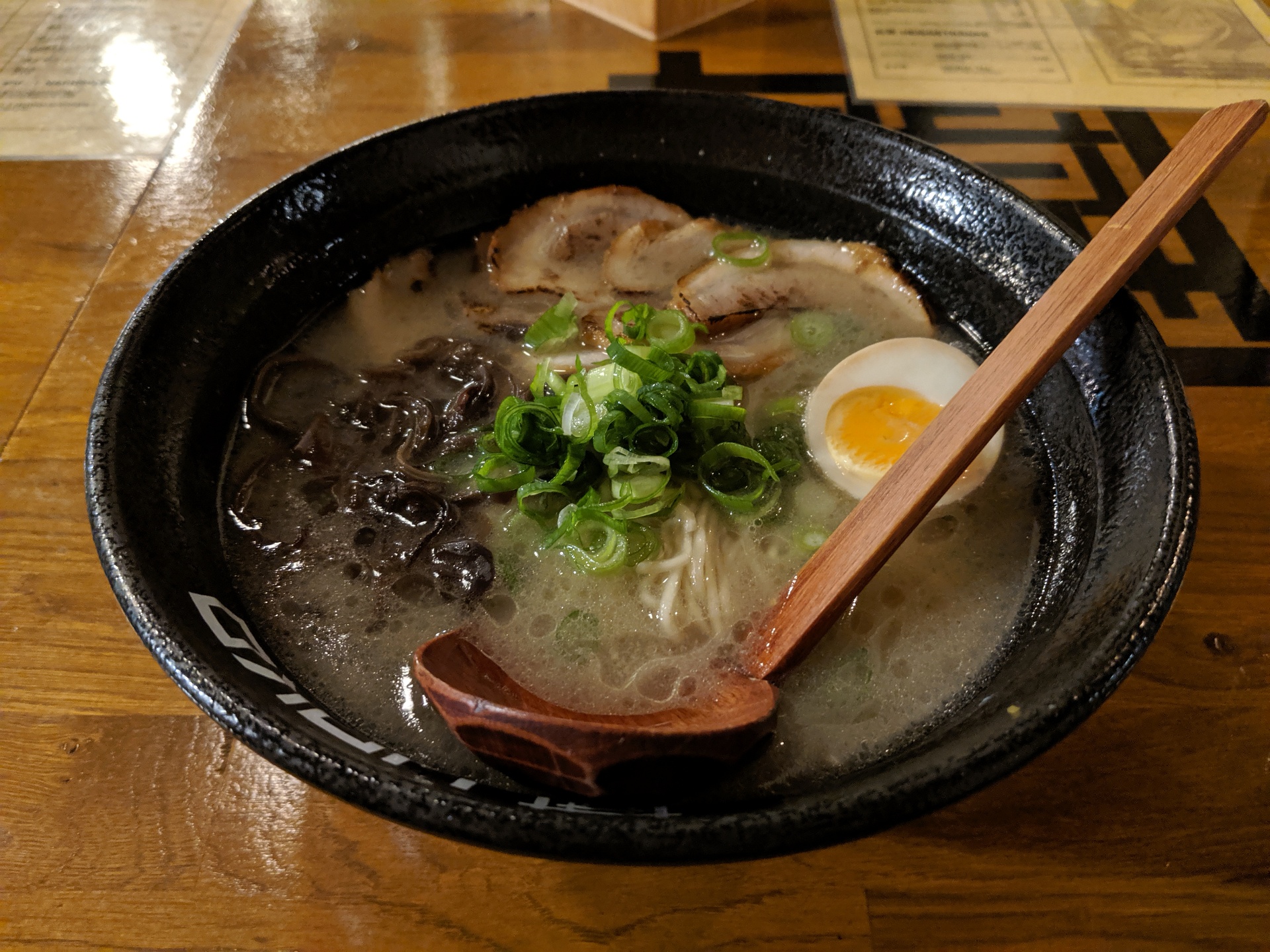 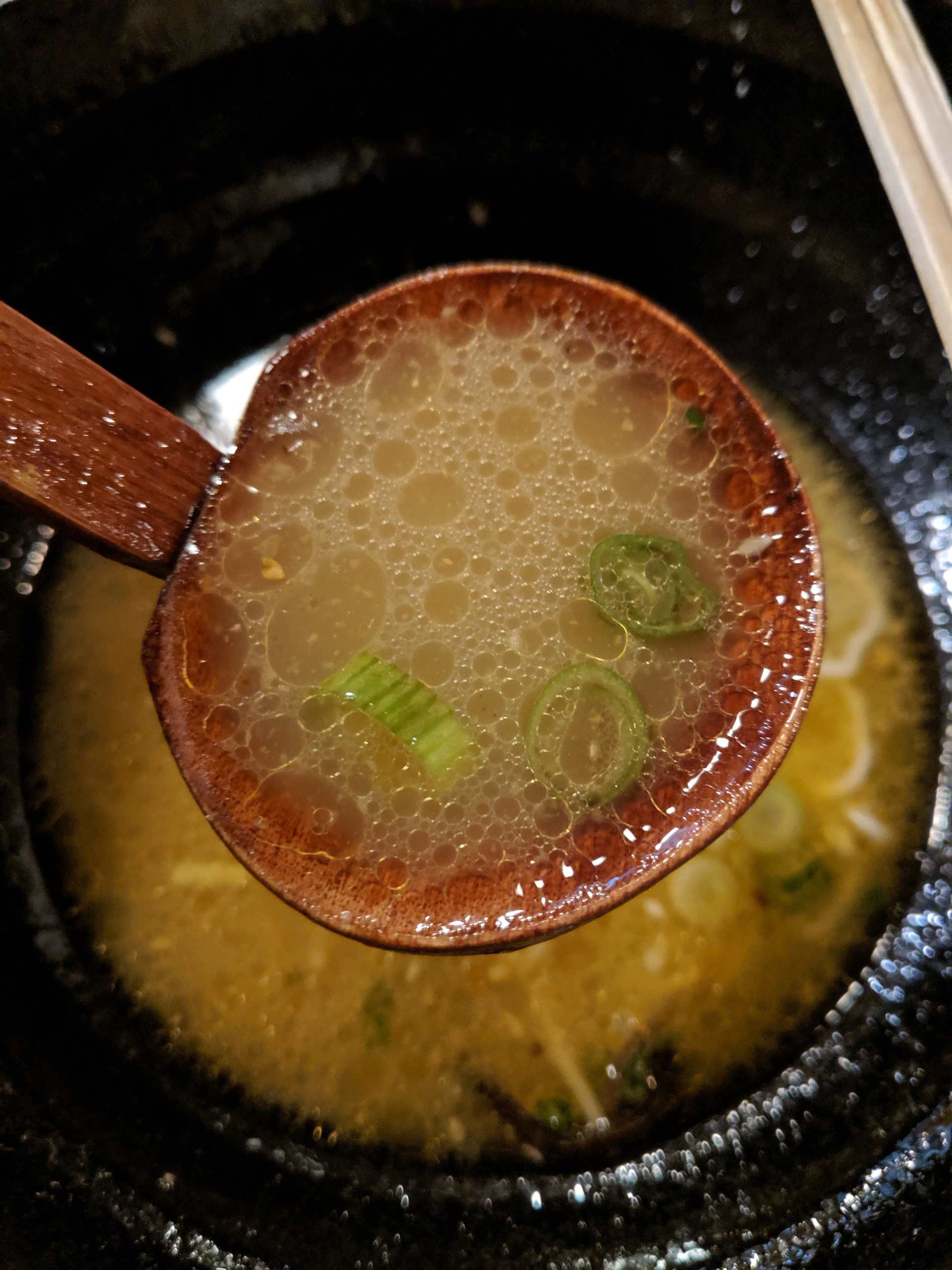 Overall, the food is fine, but I think what classically happened here is that the restaurant took over a much, much larger space than their first restaurant in Friedrichshain. So, it always has to fight the perception of being slightly empty. I’m sure I’ll go back every now and then, but I have to say that this location kind of lost the charm of the smaller Friedrichshain location. It just didn’t feel like quite as much fun.