So there are two things that I usually pay attention to when I’m out eating.

Most important for me is how the food tastes. Second most important is how easy it is to get that food (which loosely falls under the service aspects). 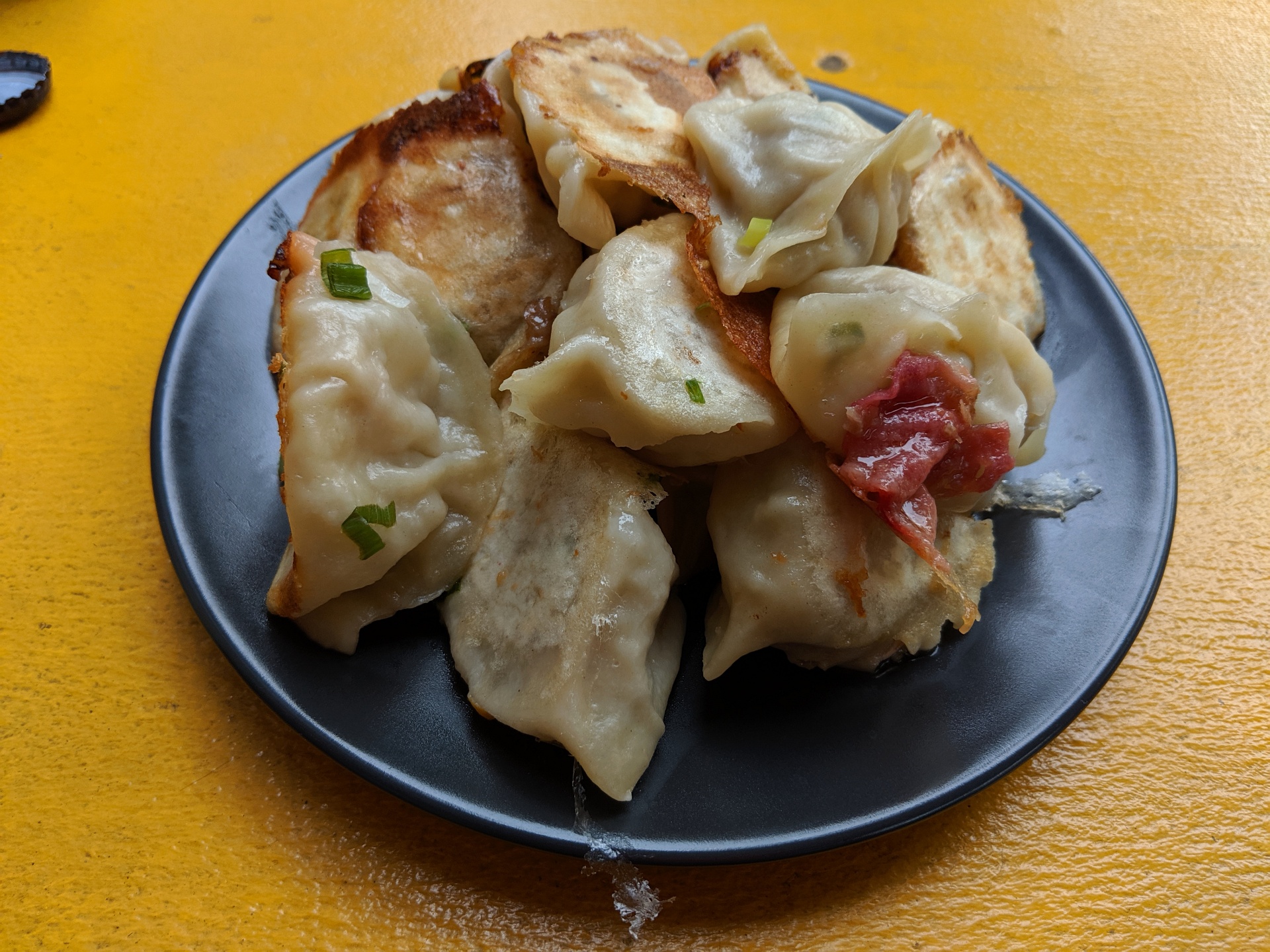 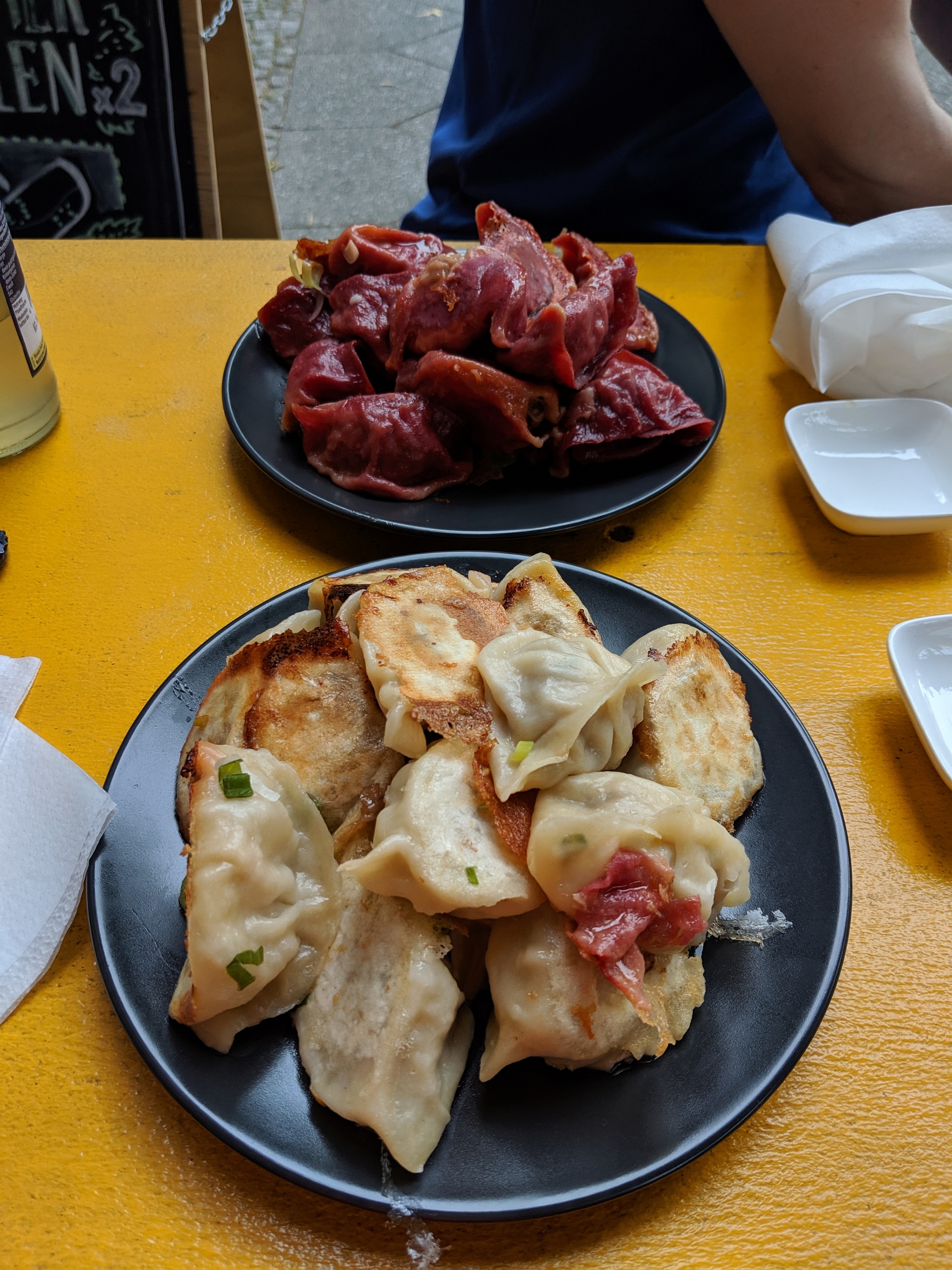 The dumplings here are ok, but not ultimately that special.

We ordered a set of pork and cabbage and a set of beef and celery dumplings, and a set of wontons in chili oil. I was aiming for some proper wontons with mixed pork and shrimp filling, but they were out, so we stuck to pure pork.

All of the dumplings were fried and crispy on the bottom. The wontons were thrown into a mix of light chili oil and light sesame paste, topped with a bit of spinach. The chili oil didn’t really have that much flavor of its own. 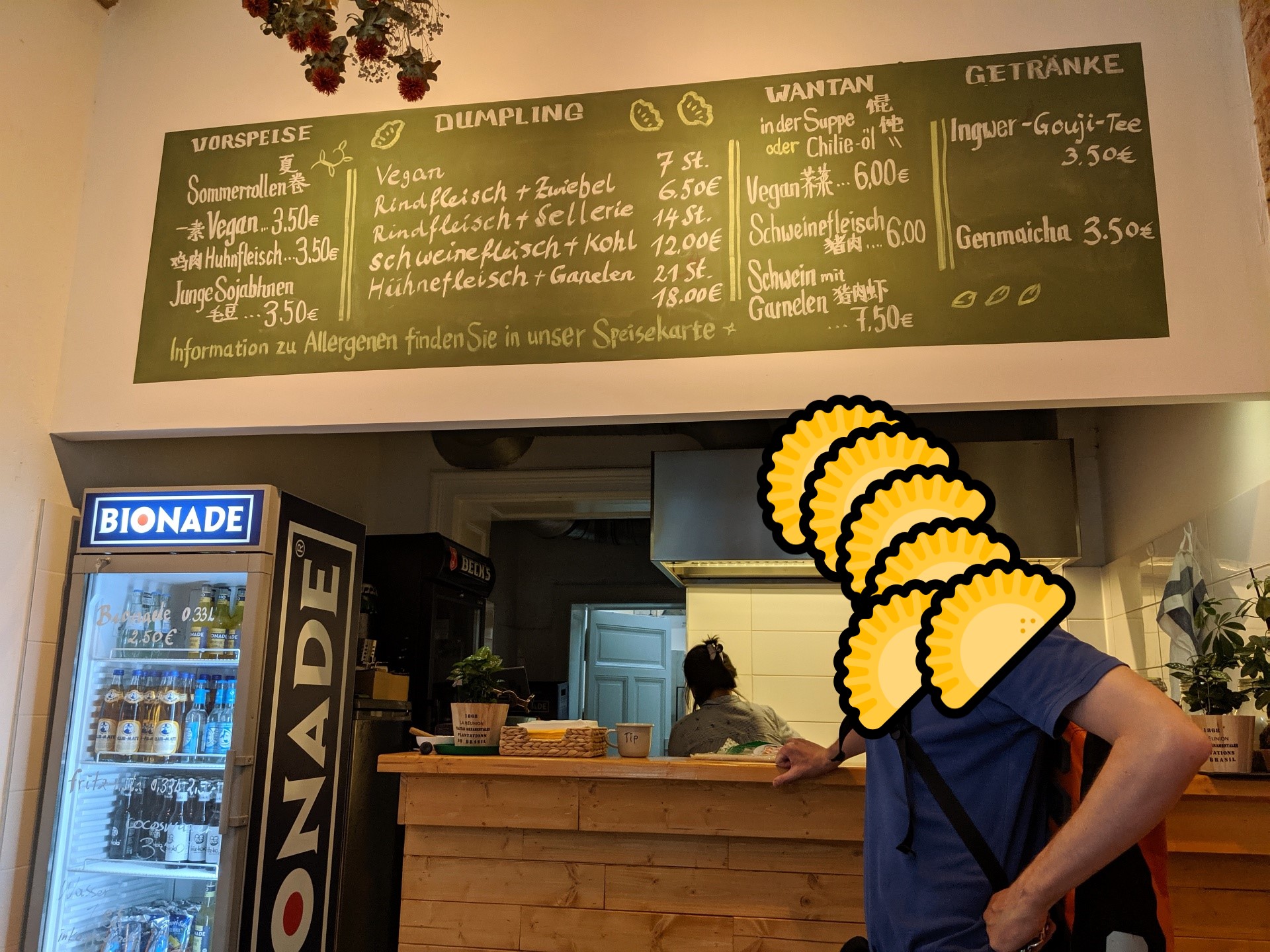 The menu; and also, Microsoft’s emoji representation of a dumpling is at best a pierogi and at worst an empanada. 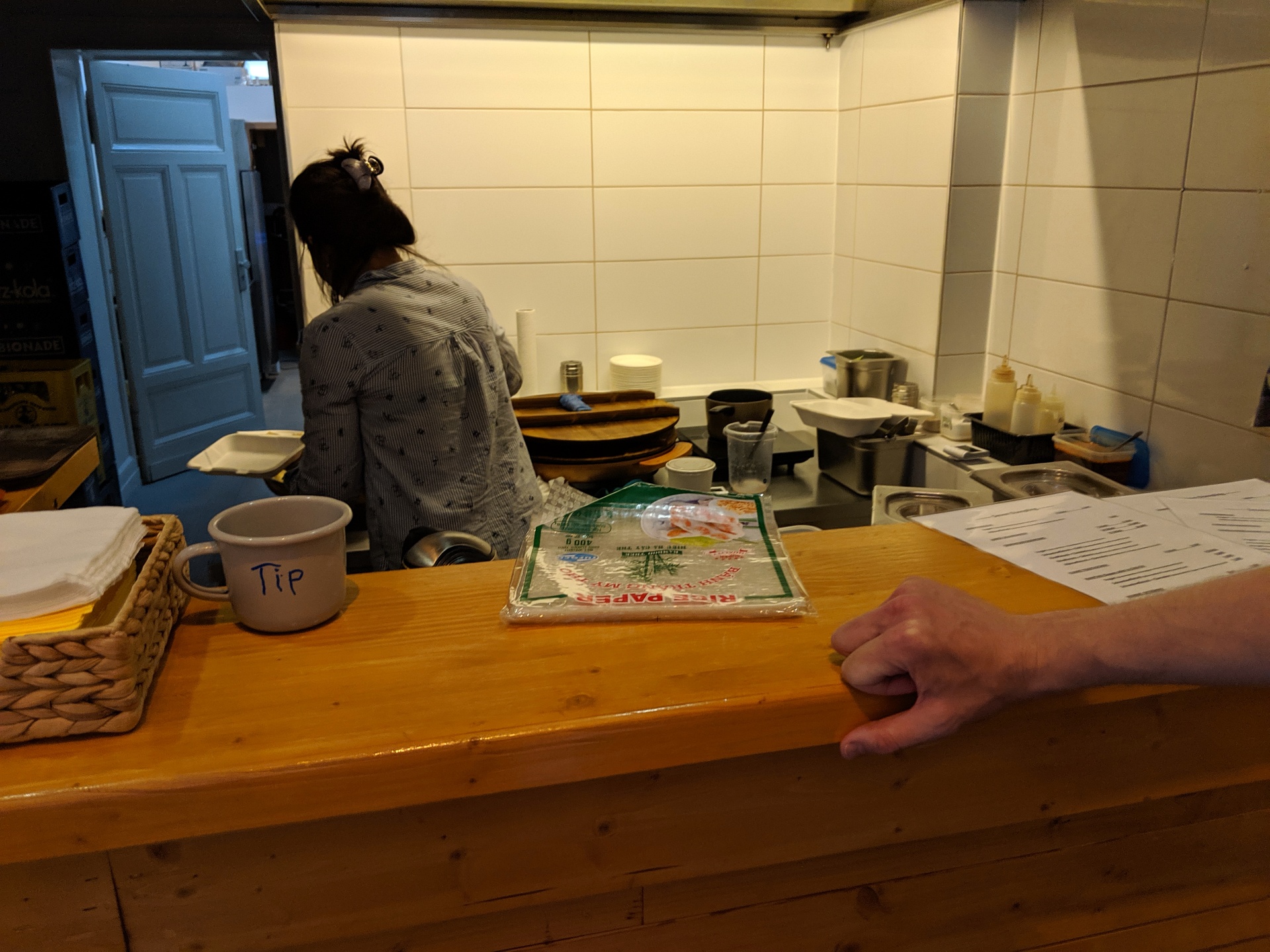 The service side was downright overworked and totally stressed out. I’ve seen this show before.

Overall, I hate it when I feel like I’m wasting my time because someone can’t get their shit together. If you have one, you can generate a receipt from Orderbird among about a million other not-that-expensive point-of-sale systems.

In fact, it’s a bit suspicious when I don’t see automation here and instead see a hand-filled receipt. And, realistically, having a legit and itemized receipt would have immediately pointed out that she’d sold drinks to someone who hadn’t ordered them. But at this point, zero recourse for that person.

So yeah, I’m not going back. As in diffusion or osmosis, there’s a certain level of agitation that transfers itself to me after dining like this. And I hate it.

I see someone who is stressed out and mismanaging things to the point that they are not enjoying it and I am not enjoying it (because I’m probably starting to get hangry by that point, anyways). And it reminds me of all of the Chinese restaurants I’ve ever been in, where they are short-staffed.

I’m not saying the owner is a bad person or anything like that, it’s just that between going to her restaurant and going to one where I won’t feel annoyed for a large part of the time — I’ll just as likely make my way over to Wok Show instead. 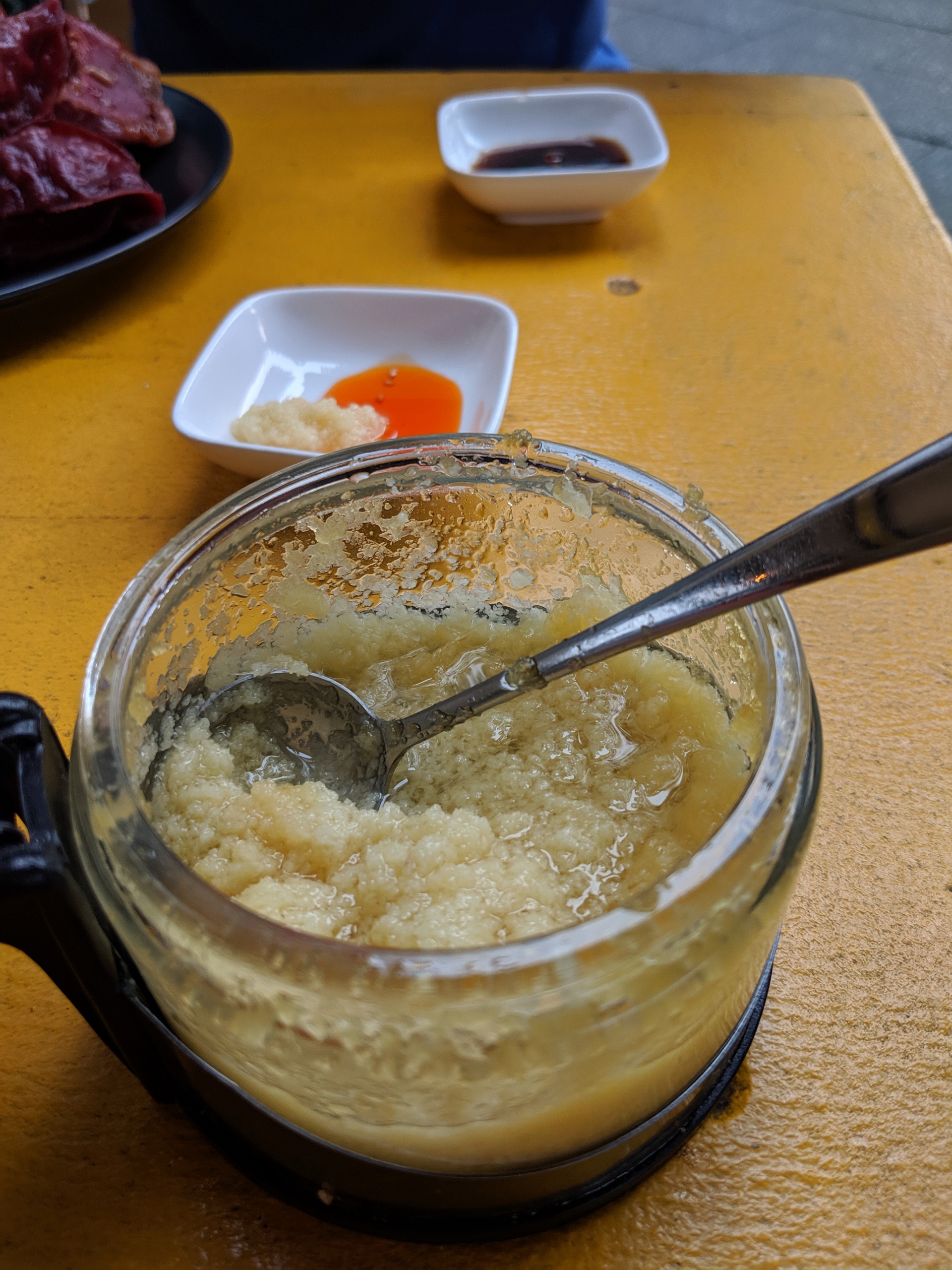 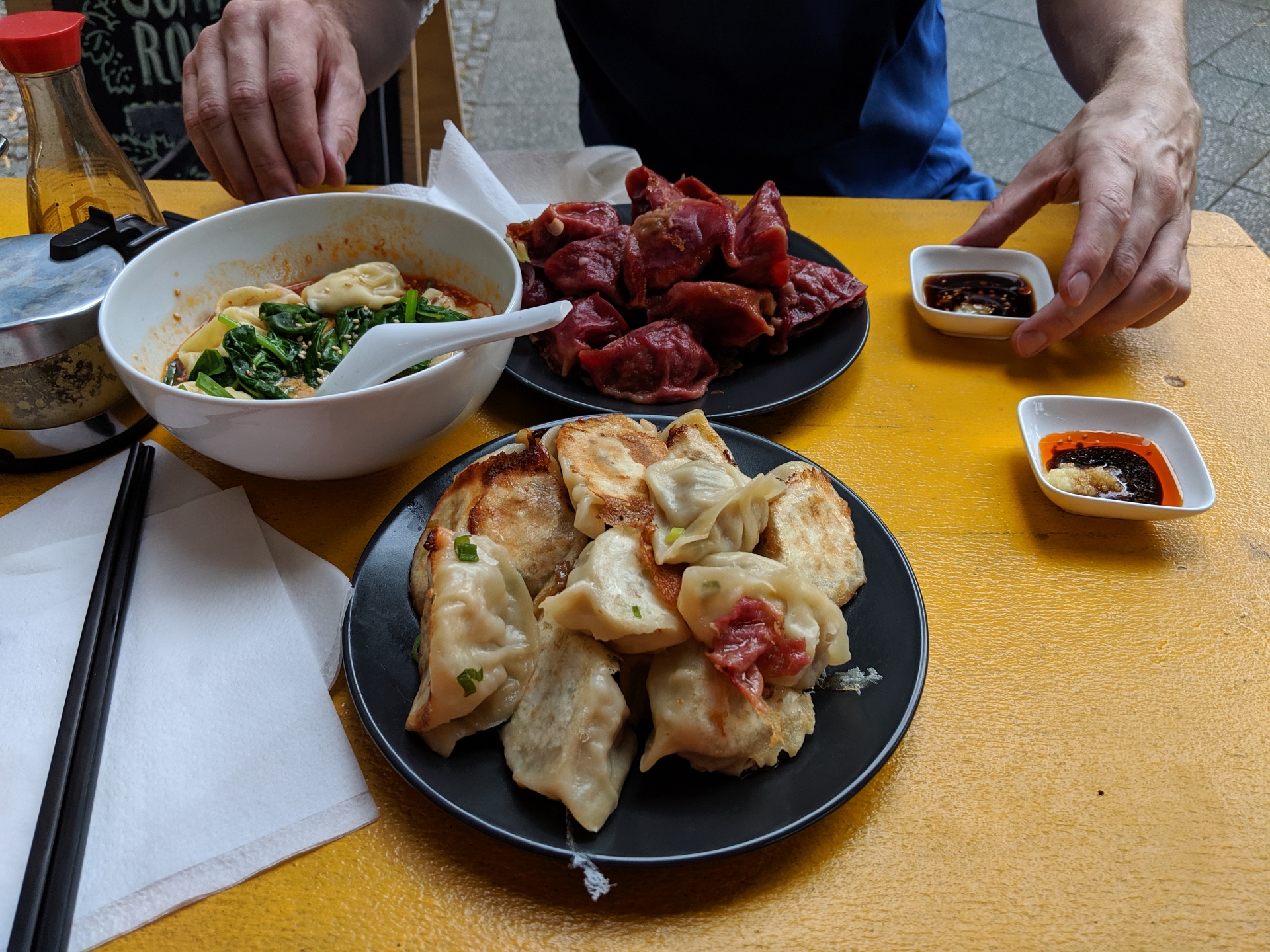 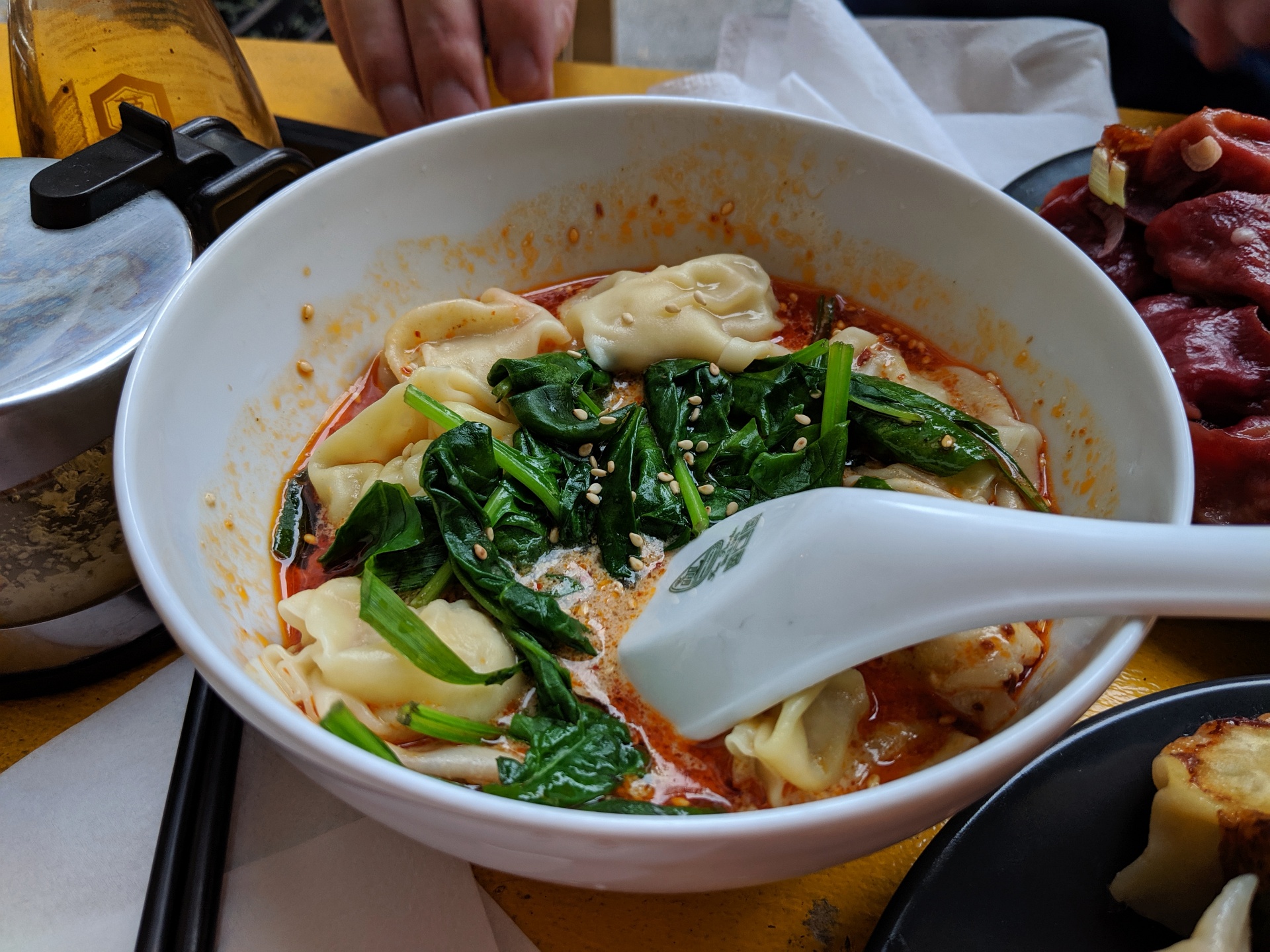 Close up of wontons and chili oil 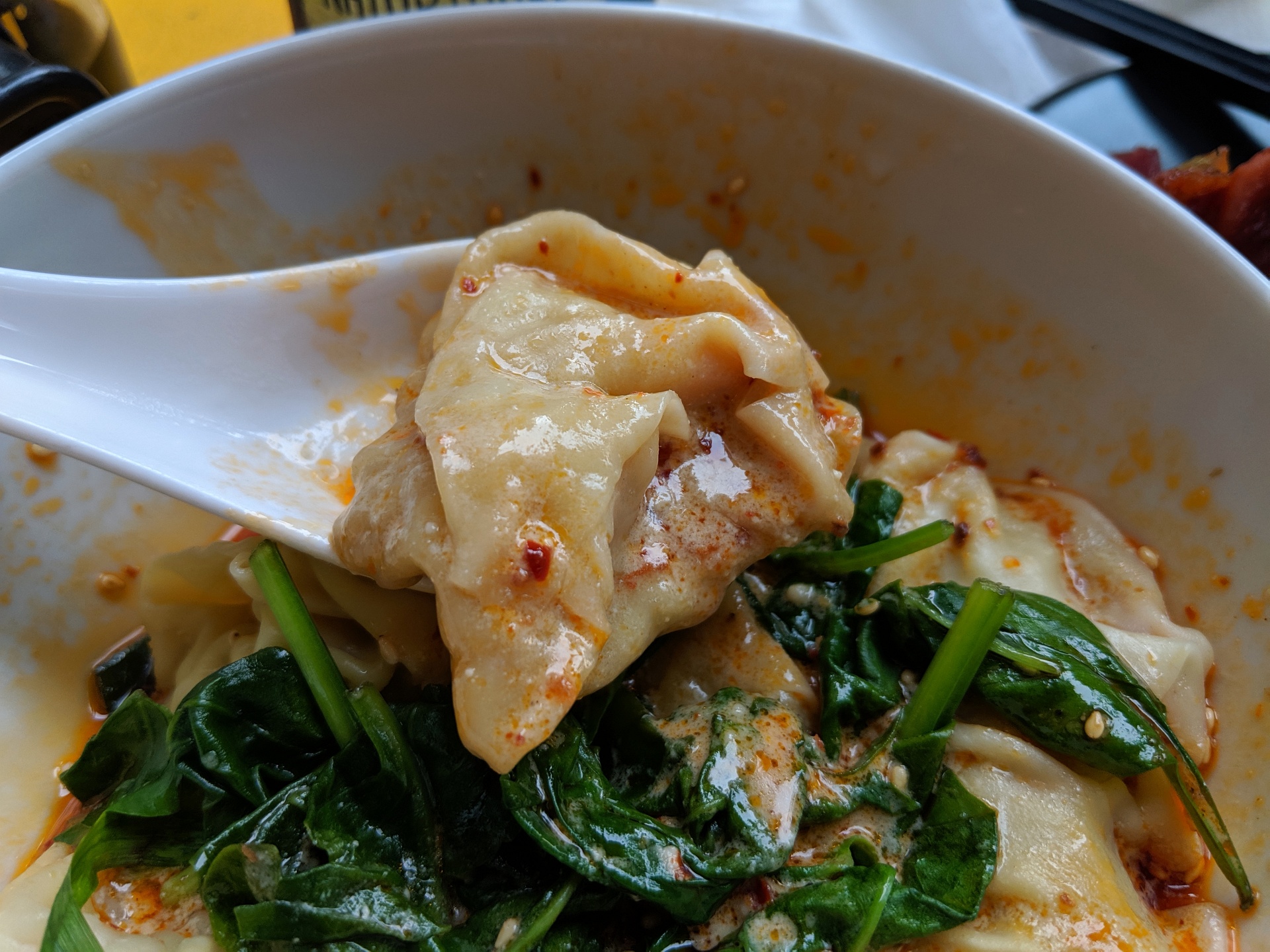 Closer up of wonton