Here are some notes and reminders to myself, things to double and triple-check when creating a custom part.

These are things that I’ve messed up.

Top (or Bottom) means exposed copper on the board, use the “Land Pattern” information in the datasheet to create these pads: 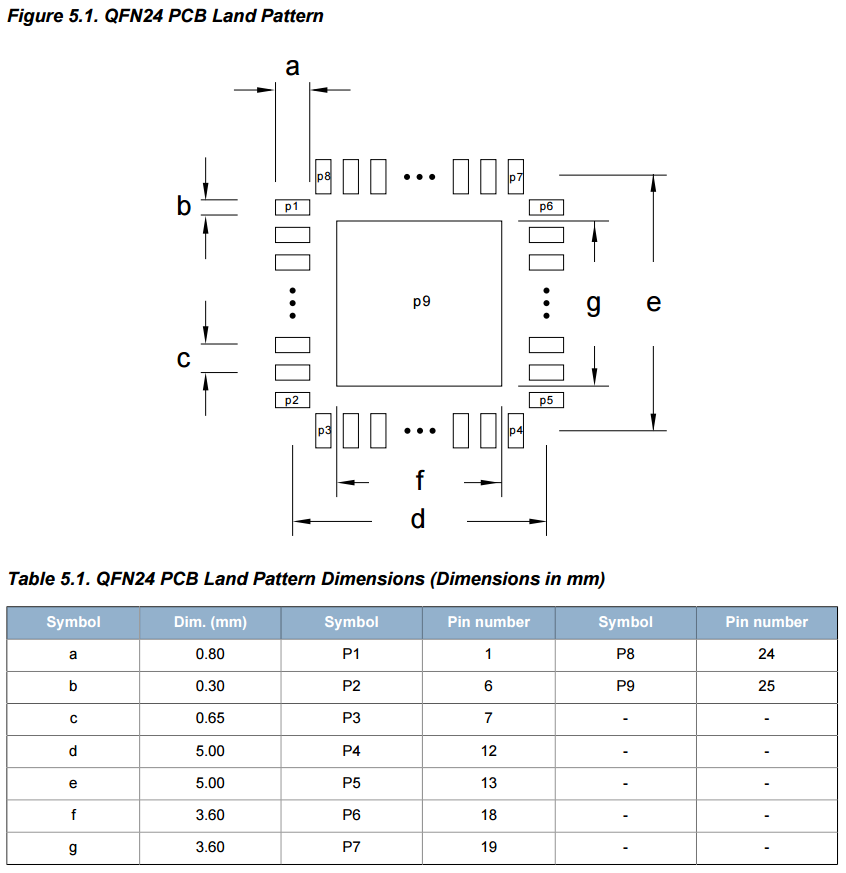 tStop (bStop) means no colored solder mask applied in this area, so the copper is cleanly exposed, usually a bit larger than the copper pads: 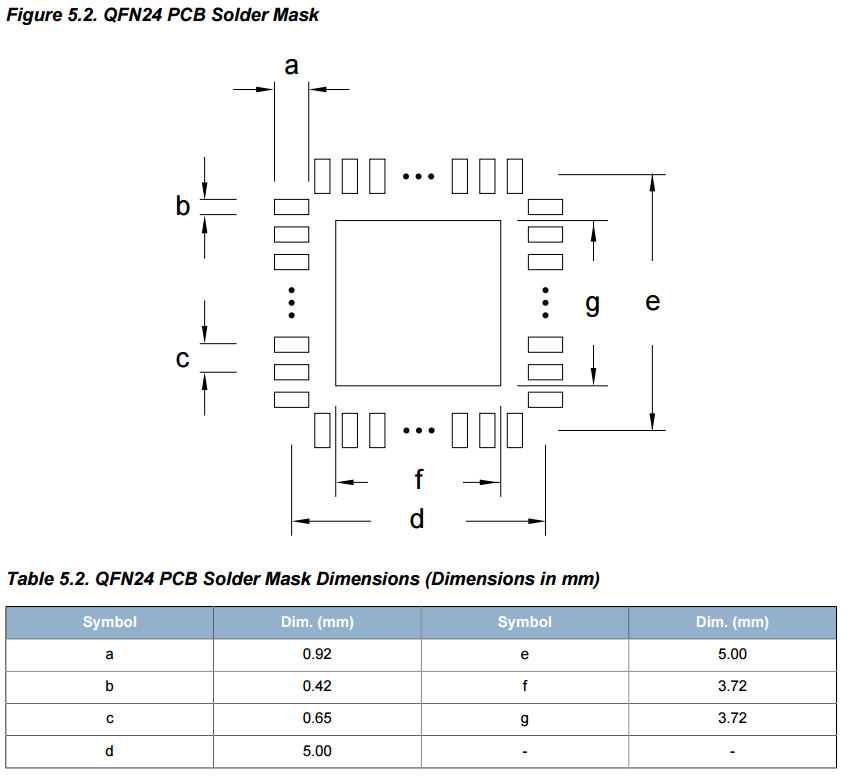 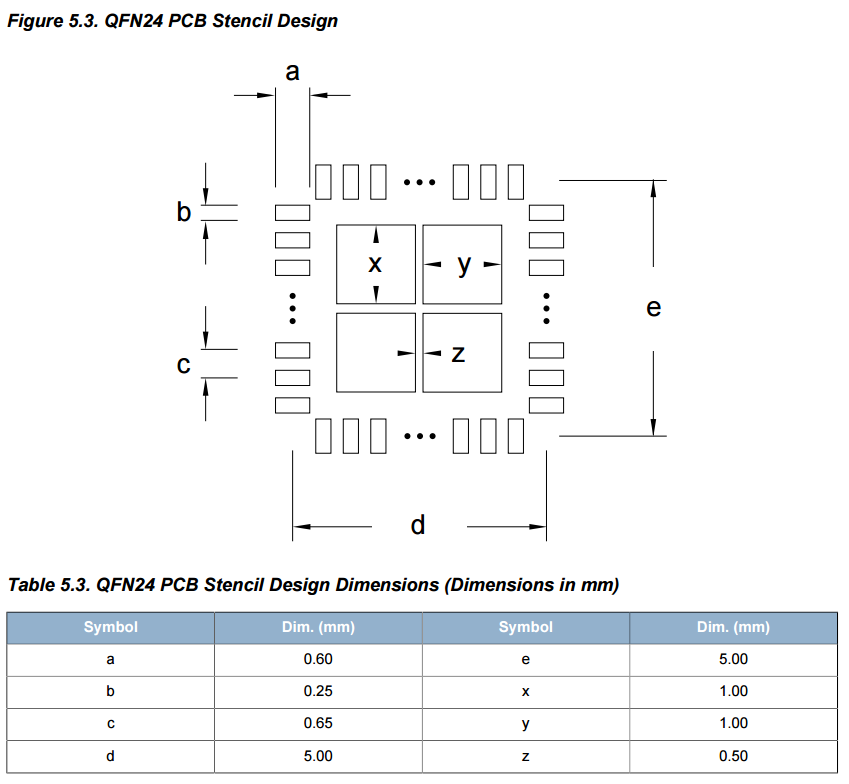 Note that the dimensions of tStop > Top > tCream, which makes sense. tCream is the smallest, because you usually actually don’t want your solder going all the way to the edge of the exposed copper. You get short circuits that way.

The tCream Stencils Are Usually Pretty Messed Up

One huge issue encountered quite frequently when using SMD parts in EAGLE is that the tCream pad sizes simply put too much solder paste onto the board. 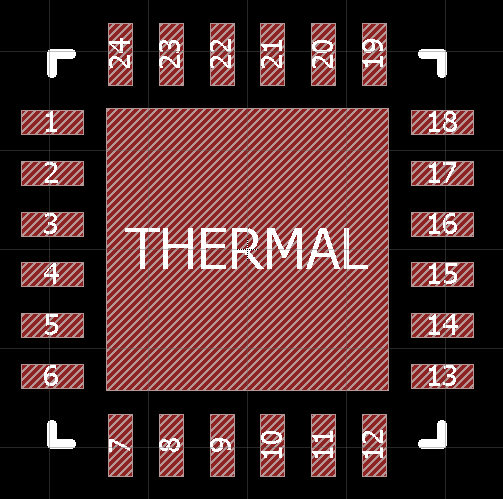 People need to remember to adjust their device Packages and shrink the tCream rectangles, particularly for large pads that could cover a lot of paste and cause shorts under the package.

The default SMD part in EAGLE has tCream covering the entire pad, which will probably be a problem.

You can use the Design Rule Check -> Masks -> Cream setting to shrink the size of the stencil by some amount, but it’s not clear that this is the most effective way to design the stencil. It may require more specific, per-Package tuning. Using the DRC setting applies the rules to all SMD devices in the design. 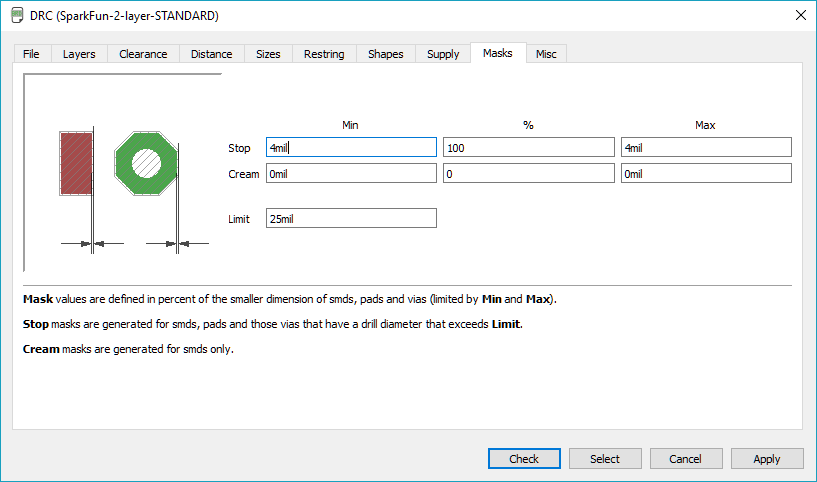 But this doesn’t make sense, for instance, for simple devices like a 0805 resistor or capacitor, as having a lot of solder most likely will not cause a reflow short to occur.

And using these settings may cause problems for certain 3-terminal SMD chips.

When creating surface-mount part packages, go to the command-entry bar (which might be in inches):

And the system will then be thinking in millimeters:

You might want to set the grid to match the grid pattern in the datasheet. Let’s say you’re creating a VQFN12 part, with a 0.5mm pitch: 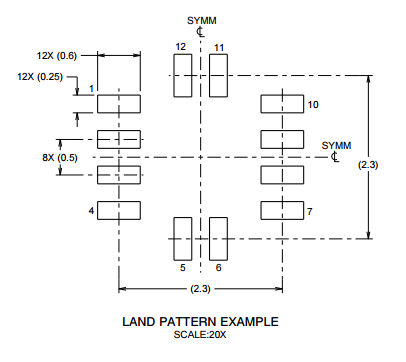 Then you can see that each pin center is offset by 0.5mm. So you can tell EAGLE CAD to set up a grid and alt grid this way by saying:

When creating a through-hole via / pad it doesn’t automatically create a tStop mask that can be easily soldered to. I’ve gotten bit by this. It will create a plated through-hole, but not a copper pad. This is evil.

Fifteen years ago, I took part in an essay competition run by the Ohio State University’s Glenn School of Public Policy and Management. The essay prompt asked whether and how the Internet would have effect on politics and in what way it might improve democracy in America.

I won second place, based on what I thought to be mildly-biased reasoning from the judges. That is, I said that the Internet might not actually help improve civic engagement, and I’m pretty sure they felt that it would. Which is, of course, what the first-place winner’s essay said. (I read it, he had a lot of charts and graphs cribbed from various places to back his argument, but it wasn’t particularly well-written.)

But this was the early ‘aughts, and the Internet still held some kind of mystical promise. The dotcom crash had happened, of course, but Google was slowly happening and the promise of unfettered, unlimited, unbridled access to information was something most people thought would make the world a better place. ISIS hadn’t happened yet, though September 11 had. Social media wasn’t a thing, domestic surveillance was still mostly analog.

Unfortunately, I think my thesis is still correct: The Internet didn’t enable the kind of democracy we will need to effectively use what resources we have left, before we collapse as a species.

The fact is that the Internet has allowed people to amplify and justify their innate tendencies. It has allowed people of similar dispositions to join forces, for sure. But it hasn’t given people reasons to change their dispositions. And by that, I mean, it certainly hasn’t helped people of conservative tendencies to realize that their beliefs, and especially the exercise of those beliefs onto others, have no place in modern pluralistic societies.

The two things that fix this: the broad distribution of prosperity and the right of women to control their reproductive destiny, are both now under major stress.

The Internet hasn’t led to a broader distribution of prosperity, nor led to public policy that prioritizes this outcome.

There’s a hilarious question I’ve been asked before: Communism or Capitalism, which one is better?

The answer, of course, is neither. At their late stages (earlier so in Communism) they both colossally misallocate resources. If neither system allocates resources appropriately, both will eventually run out of them. There’s no suspension of belief inherent to either system that prevents that outcome.

Efficient supply chain management, abundant and cheap container shipping, end-to-end tracking from production to point of sale, these things help a corporation and a society as a machine to be more efficient. But it’s driving a trickle-up economics, a mechanism for efficiently extracting capital from labor in even the most minimal arbitrage situations. And when advanced machine learning and AI start getting applied, they will learn to make this process even more efficient, with the corresponding ruthless effects on people.

By also discounting negative externalities and by entirely ignoring mispriced nonrenewable and limited resources, these machines eventually will recursively optimize for the worst possible outcomes for humanity itself, while simultaneously optimizing for the best possible outcome for system revenue and cost of goods sold.

It’s not clear how to fix this, besides throwing out a catch-all “more people need to get more educated” cliché. Even then, it’s not clear that education is actually fixing this situation either, given the current generation’s intent to run in fear intellectually from anything that might remotely threaten it.

In order to survive comfortably into the next century, we absolutely need strong democracies and prosperous societies, across the globe. But it is even less clear to me now how we get there from here. We seem to be in a resonating negative feedback loop, more and more rapidly destroying itself and everything around us.