Sometimes when running Resilio Sync on Windows, one of the machines may get stuck for a long time at a certain percentage, with no clear reason why it fails to complete.

END_OF_DOCUMENT_TOKEN_TO_BE_REPLACED 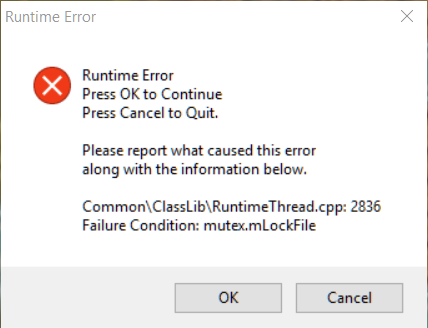 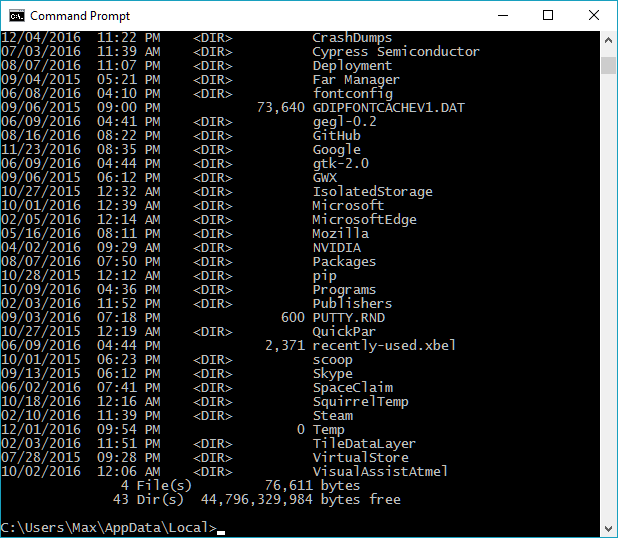 tl;dr: It was a Lenovo, and there are some things you might want to uninstall from your Lenovo.

END_OF_DOCUMENT_TOKEN_TO_BE_REPLACED

I reinstalled Windows 7 from a recovery disc recently and have had to suffer through the seemingly drawn-out process of applying all the patches via Windows Update. After failing to install Service Pack 1 for Windows 7 a number of times, the Service Pack installation finally succeeded, and I was then greeted with the option to install 164 other patches.

Seriously? I wish Microsoft could figure out a way to slipstream the install, or just do like Apple does and download the latest operating system image before doing a clean install. There has to be a way for them to know what the state of the system should be, given patches X, Y, and Z (to infinity) have been applied. Maybe they could treat the Windows system directory as a super-secret / protected storage area that they can just update bitwise with binary diffs (you know, like real firmware). Maybe they should stop differentiating their operating system features so much and just unify them into 2 versions with no subversions (Home and Business). It’d certainly make it easier to unify what the operating system actually needs to install.

And if they still can’t do this, if they still can’t override the inertia of useless business units and middle management (seriously, who came up with Windows Home Premium versus Ultimate, and why? What benefit was it to all users to sell a crappier version of your OS, en masse? The incremental price for one additional unit of software is what, exactly?), they should get one of their people at Microsoft Research to figure this out. It’s only a few million man hours per year of wasted time at stake.

What an utter waste of bandwidth and time, not to mention the wear and tear on the hard disks of the world. 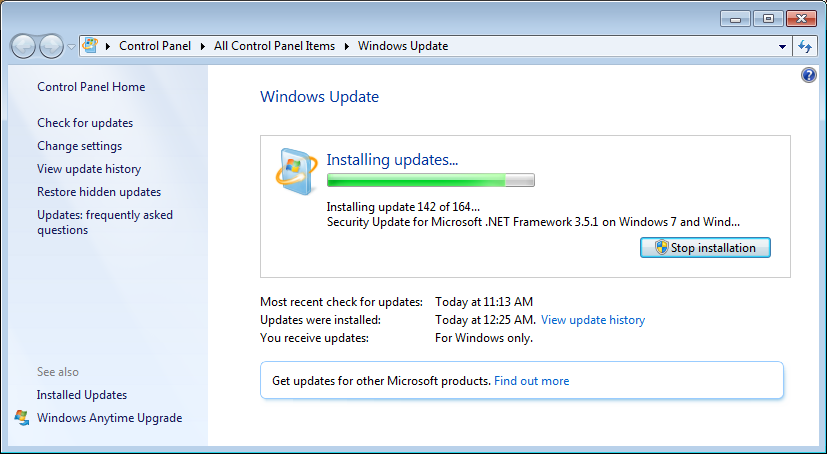 As it chugged through the 164 patches, I also noticed that the memory usage on my system seemed to be rising inexorably.

And wouldn’t you know it, Process Explorer told me this:

That’s right. The Trusted Installer component felt the need to consume over 4 gigabytes of memory during the update process. Why? I have no idea, but screw you for asking! Seriously, does nobody test this stuff in Redmond?

Thank goodness my system has 8GB of RAM, or who knows how badly the system would be swapping right now.

And of course, right after I finish that big batch of updates, after the next reboot, Windows Update tells me I have 21 more: 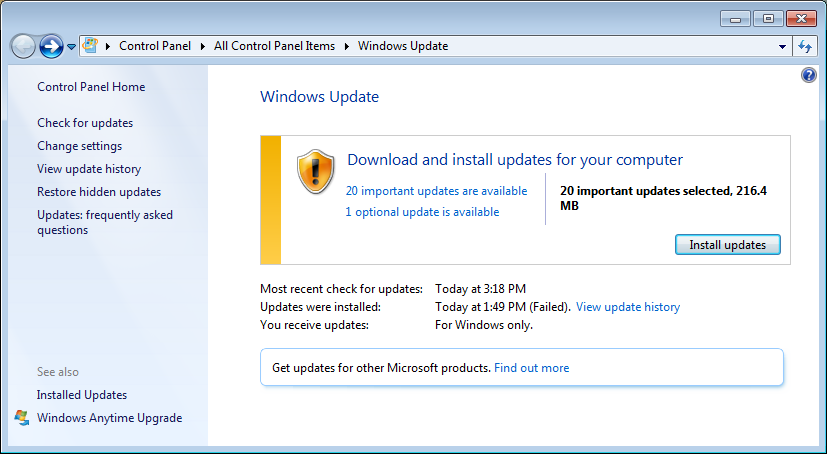 I feel like I’m living Zeno’s Paradox. It’s a mathematical certainty that I will reach my goal, but from the halfway point it certainly doesn’t feel like it.

*I know, I know, I’m not a huge fan of Apple’s Software Update system either, why they can’t do binary diffs like Google or JetBrains can, doesn’t make sense to me.

Damn it, not again. So Windows 7 started bluescreening immediately at boot, before I was even logged into my normal user account. Reason? Turns out my solid state disk is hosed. I’m not happy, but I’m also not surprised.

I’d bought two OCZ Vertex 2’s sometime in 2010, and not put all too many bytes onto them over the past four years. One of them had already died some years back, but I was too lazy to call in the warranty service. Now the second drive has died, and both of them are out of warranty! Booo. I thought they had 5 years, but turns out it was only 3. Oh well.

I put a copy of Ubuntu Linux onto a USB stick and booted off of it to see if there were any kernel messages reminiscent of what I’d seen a few years back. Sure enough, ad infinitum:

So I guess I need a new hard drive. Lame.