A few years ago, in a rush of curiosity, I bought myself one of those plug-in power meters to see how much energy all the various bits of equipment were using in the apartment. It revealed some interesting things, like the fact that my washing machine would chew up 10W while “off”. Keep in mind that 10W is enough to light up 3 relatively-bright LED spotlights, brighter than the crappy halogen bulbs I keep using, because no one’s gotten around to building a 3W GU4-socketed LED bulb. It’s a good reminder why low-power standby modes can keep your electricity meter spinning.

In any case, the meter was an interesting novelty which lasted about six months before the two button-cell batteries ran out of juice. Which then made me wonder who designed the meter, because it has sat on the shelf in my apartment for the past four years. One could argue for operator error, that it’s really my responsibility to change the batteries. But let’s be realistic: Button cell batteries are supremely annoying, especially when you have to use two or three at a time. I just discovered another piece of electronics I own that uses 3 of them, and again, I haven’t used it in several years.

I don’t know why people design a device that connects to the mains and then decide, for cost reasons, to leave out the solid state switching power supply and passive components that would allow you to use the thing w/o having to constantly provide extra batteries to run the digital electronics. It’s a major pain in the ass, and you just end up throwing away lithium batteries, which is a waste of resources. Also, is this the best we can do, in terms of battery technology?

So I added a replacement battery lead to a 3-AA battery pack. The nominal digital electronics voltage on the meter’s back panel is 3V, but I figure the electronics can handle a little more. 3 fully-charged NiMH batteries in series will put out 3.6 – 4V and then slowly run down to 3V. And they store about 10x more usable energy than a button-cell battery (>1500mAh vs. 150mAh, you do the math).

And so now the meter works and I can recharge it when necessary: 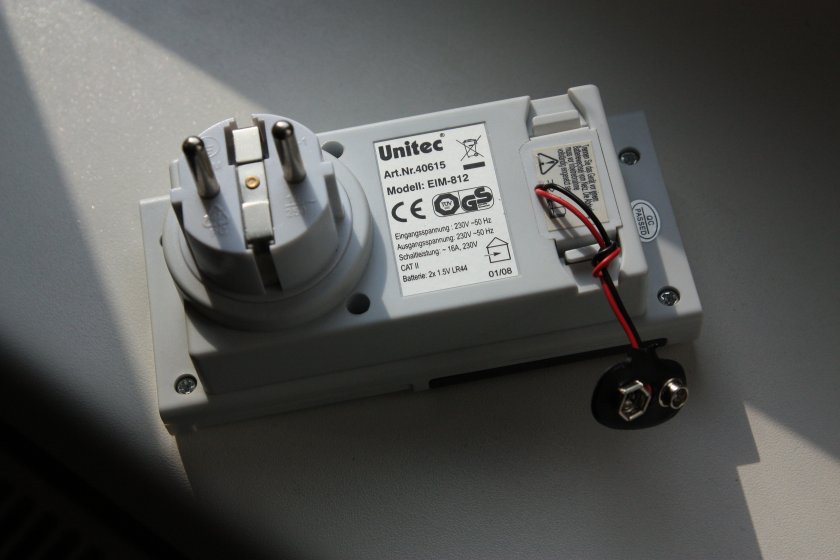 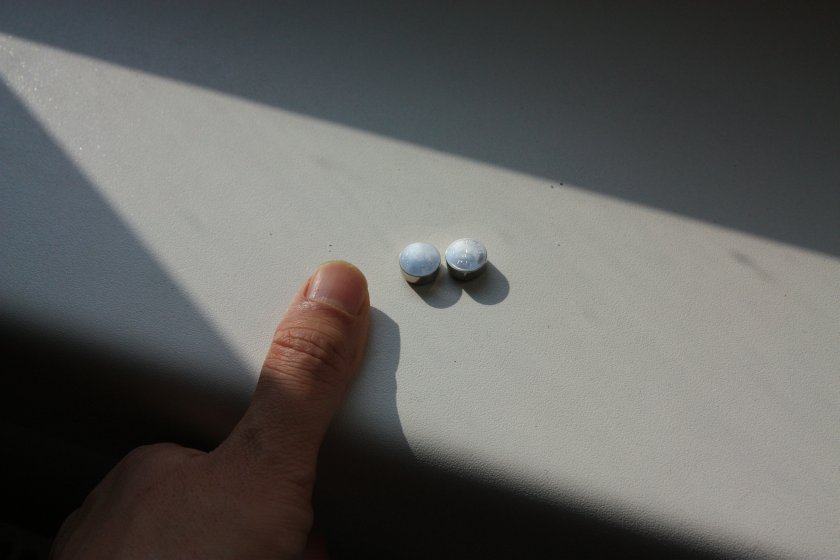 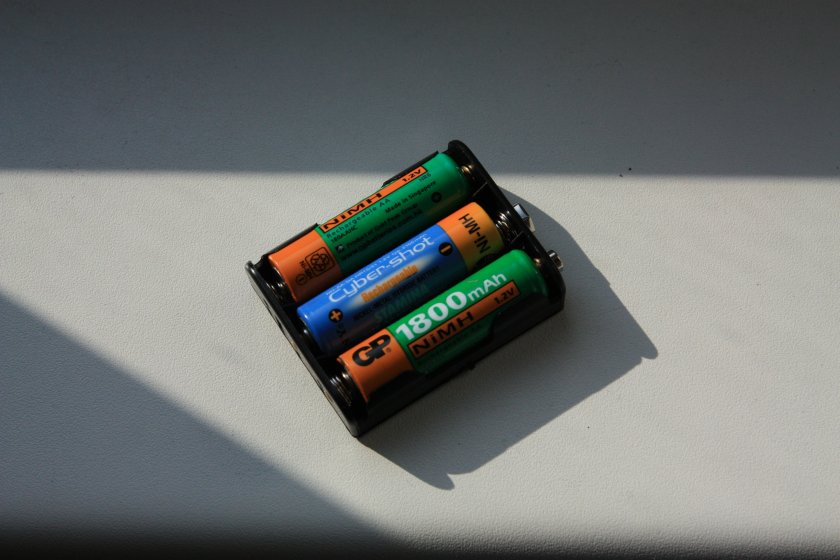 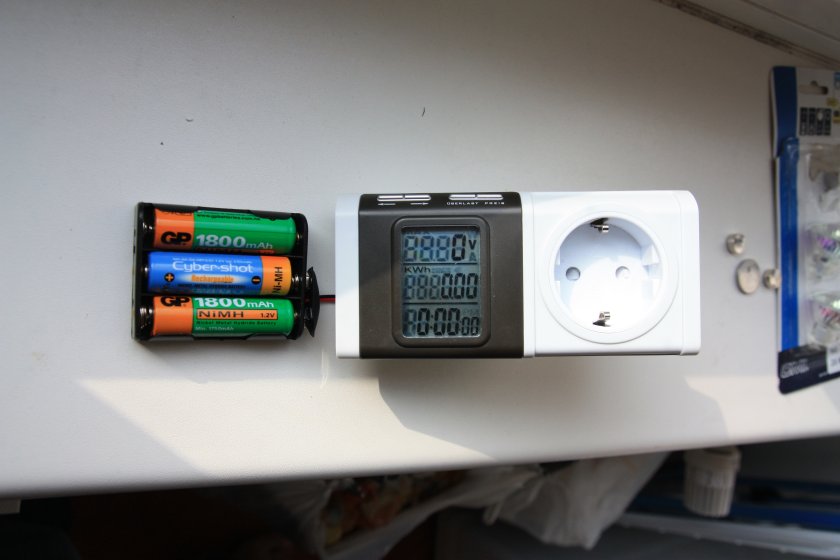 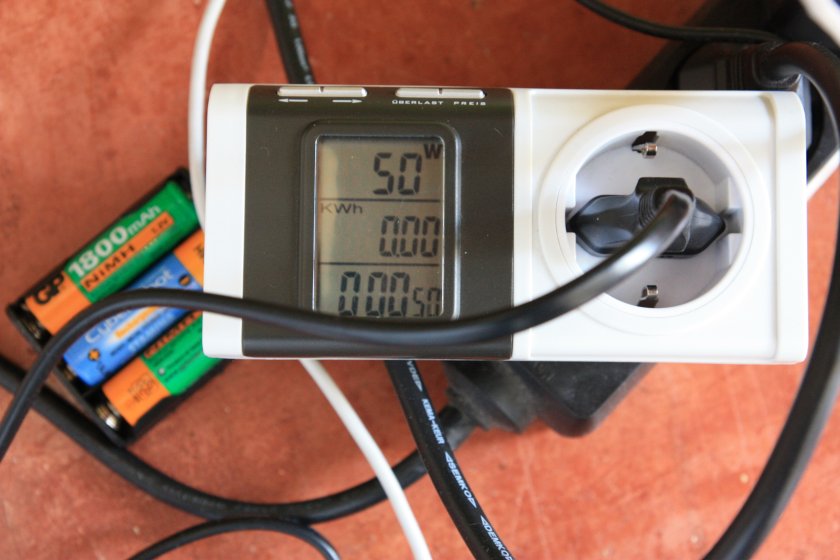 The 4V over-voltage does lead to the LCD display being characteristically darker, but now I know that my MacBook Pro uses around 40-50 watts under normal use, which I suppose is useful.